“A large amount of members of the House of Representatives co-sponsoring this legislation will keep issues related to the MBL cap for credit unions at the top of the congressional agenda,” Royce said in his statement to the leagues.

Diana Dykstra, president/CEO of the California and Nevada leagues, said the leagues are continuing to make this issue a priority and are “actively engaged in this fight.” 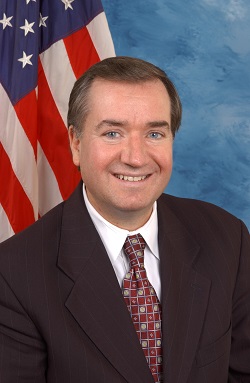 CUNA strongly backs an increase in the MBL cap. In fact, just this week CUNA President/CEO Jim Nussle made the case for an MBL cap increase on Bloomberg Radio, reminding listeners that the current cap is “arbitrary” in the first place. Nussle also underscored that the lending limit stands in the way of credit unions getting additional capital into the economy. CUNA also wrote to members of Congress urging the bill's passage.

In his message to credit unions, Royce also reminded credit unions about the Credit Union Residential Loan Parity Act (H.R. 4226), which he and Rep. Jared Huffman (D-Calif.) introduced in March. The CUNA-backed bill would exempt credit union loans to purchase a one- to four-unit, non-owner occupied residential dwelling from the cap on member business lending.

Royce cited the bill as a way to encourage more private sector investment in housing, as well as increased competition among lenders.

“I need your help to advance these bills and a pro-credit union agenda, I need you to ask your member of Congress for his or her support and I need you to keep up the push throughout the year,” Royce said. “Sharing the credit union narrative with Congress is the best way to ensure that credit union-friendly legislation advances and your members remain protected.”

Royce also introduced the Credit Union Share Insurance Fund Parity Act in 2013, which was signed into law in December 2014.