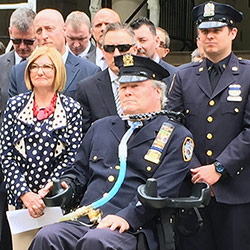 “Credit unions are about community,” Matz said, “and I can’t think of a tighter-knit or more deserving community than those who wear law enforcement uniforms. Credit unions see neighbors, not numbers. They are more concerned with people than profit.”

Added Mellin: The association was honored to participate in the grand opening ceremony for The Finest FCU and we look forward to providing the credit union with the support they need to best serve their members."

The credit union's headquarters will be located in Manhattan. The Finest FCU will share branches with $95 million-asset Greater Metro FCU, with locations in Long Island City and New York City.

According to the NCUA, The Finest FCU is being supported by the New York Police Department and received its initial capital from AmTrust Financial Services, Inc., an $11.3 billion entity providing property and casualty insurance to small businesses. 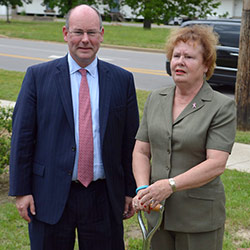 CUNA was able to join in for some local ground-breaking action this week right outside of Washington, D.C.

On Tuesday, CUNA Chief of staff/Chief Operating Officer Rich Meade participated in ceremonies held by Belvoir FCU. Based in Woodbridge, Va., Belvoir was launching a new site for members on Fort Belvoir, in Virginia.