A pop-up advertisement on an All Recipes app inspired Community Choice Credit Union to cook up its own mobile lending lead generation tool.

Josh Cook, senior vice president of operations and business development for the $436 million asset credit union in Johnston, Iowa, noticed a major credit card company’s ad while using the app to prepare dinner for his family. 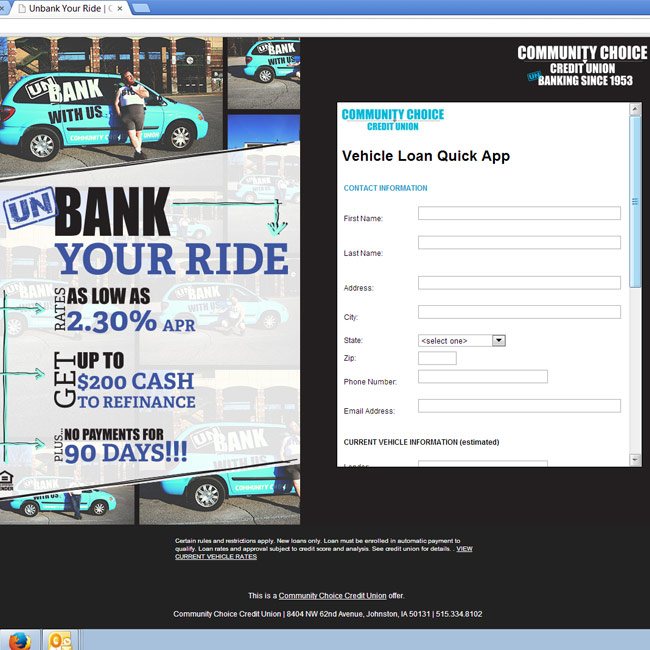 His curiosity piqued, Cook clicked on the ad and came away impressed. He was approved in three minutes and the credit card arrived in three days.

“I knew our credit union had a problem that could be an opportunity if—at least in perception—we could be faster,” Cook says.

The CU Ratecheck application process takes about one minute, which mitigates consumers’ tendency to abort mobile transactions if they become clunky or laborious.

The credit union has funded about 800 of those loans, with another 240 in the pipeline. And the credit union received 231 mortgage leads, amounting to $32 million in potential loans.

“The end result is, our credit union gets more at-bats when trying to close more loans,” Cook says.