Member Benefits
Learn more
Learn more about the benefits of membership.
Home » Crone’s advice to payments roundtable: Bet on yourself

Crone’s advice to payments roundtable: Bet on yourself

NEW ORLEANS (6/3/15)--Richard Crone, CEO of Crone Consulting, who facilitated the CUNA Payments Roundtable in New Orleans Monday and Tuesday, offered participants a simple but daunting piece of advice to meet the challenges presented by the digital payments environment: Bet on yourself.

On Monday, Crone told his audience that the best digital solution for credit unions is to provide a credit union-branded digital wallet--a theme he explored more fully Tuesday.

Credit unions can employ the functionality of tools such as Apple Pay along the way, but in the end the only way they will “win” thepayments game is through a credit union-branded digital wallet, Crone said. 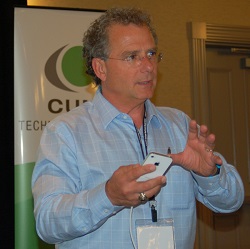 “Your safe bet is on your brand because if you don’t create loyalty around your brand, on your accounts, you’re not going to be in business anyway,” Crone said. “It’s aggregate or be aggregated by someone else.”

To their advantage, credit unions have plenty of existing channels around which they can build a mobile presence, and Crone said the first priority should be measuring those channels as they add capabilities--such as in-app account alerts and transaction alerts--to existing mobile capacities.

“The No. 1 use of mobile banking is checking balances, so let’s feed into that,” Crone said. “And it’s a way to prepare members for mobile payments.”

Creating applications specifically for tablets is also important, Crone said, as tablet sales continue to exceed those of PCs.

Part of any mobile strategy begins with the member’s actual cell phone number, Crone said. “Go back to your offices and make sure that there is a specific request to populate the mobile number. You can’t do mobile without the mobile number. You’d be surprised how many financial institutions aren’t doing this.”

The next level of priorities should be implementing “must-have” functionality such as Apple Pay, Crone said. “Even if it isn’t optimized, you have to start using it to build confidence,” Crone said.

“You can’t hit the ball until you start swinging,” Crone said. “But every failure will allow you to fail forward. And there are some very inexpensive ways to make progress.”