NEW ORLEANS (6/5/15)--Let’s face it: The chief technology officer position at a credit union--or any organization--is a tough gig. Information technology (IT) must not only safeguard the institution’s data--it must also provide the technological pathway to the organization’s future.

During the CUNA Technology Council’s fourth annual CIO Roundtable in New Orleans this week, Leon Kappelman, professor of information systems at North Texas University, revealed that corporate America’s C-suite isn’t necessarily impressed with the results that IT is producing. 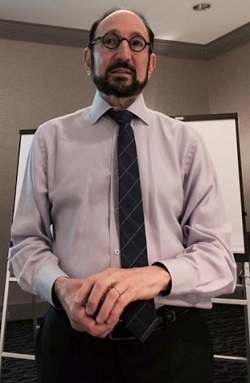 Kappelman cited a Gartner study that found only 10% of U.S. CEOs say IT is responsible for being the primary source of their company’s competitive advantage. Only 3% of the CEO’s surveyed said IT is responsible for the transformation of the enterprise’s business model and the creation of new markets.

Roundtable participants noted that most IT leaders must serve five to six C-level executives in most organizations. Most interactions between C-level leaders and IT are transactional rather than strategic, pointed out Peter Nohelty, executive vice president/chief technology officer at Royal CU, Eau Claire, Wis. Kappelman agreed that the disconnect is based on the complexity of most organizations, even smaller entities.

There’s also a need for a true enterprise-wide informational architecture that provides a blueprint for organizational change, Kappelman said. Enterprise architecture provides a clean and comprehensive picture of an entity, whether it’s of the organization or a function within the organization, he said. New projects build capabilities that serve a long-term view rather than serving immediate needs.

“We have architecture to get people on the same page,” he explained drawing a direct comparison to construction. “It’s a shared language. It’s a way for an architect to work with a customer, figure out what they want and  translate it into language that can be understood by excavators, plumbers and electricians to get a bunch of people working together.

“If it’s complicated, you need it written down, and if  you’ve got to change it, you have the shared language to refer to.”

Nohelty noted that such an approach also calls for increased knowledge and understanding of technology on the part of C-level executives.