The campaign, which runs through Aug. 21, encourages credit unions to go “All In” by joining all six councils. 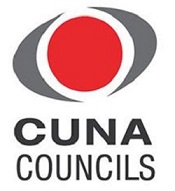 Credit unions that join all six will be entered to win a CUNA prize pack valued at more than $11,000. Further, new members will only be charged mid-year dues, which cost $100 less than full-year dues.

CUNA Councils also announced a charitable campaign for new members. The initiative calls for credit unions to tweet selfies with their CUNA Council members using the hashtag #ALLInCouncils. Each tweet will generate a $6 donation to the National Credit Union Foundation.