Countdown to Denver: Gen Y members crave relevance from CUs

MADISON, Wis. (7/7/15)--The average credit union member in most countries is in his or her mid-to-late 40s. Bringing that number down is critical to the future health of the credit union system. 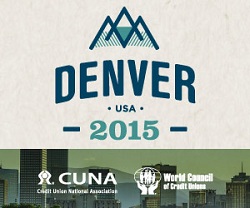 "Recruiting Youth--Bringing Down the Average Age of Credit Unions” will be presented by Emma Avery, internal communications specialist for the Greater Building Society of Australia; Josh Allison, founder and chief ideator of Think Café; and Paul Wambua, CEO for the Stima Savings and Credit Cooperative in Kenya.

Allison said credit unions must not just seek awareness with Gen Y but relevance. “Forward-thinking companies such as Apple, Google and Starbucks have moved beyond product proclamations and asked how they can meet unmet consumer needs,” he told News Now. “If credit unions can engage in that type of inquiry, relevance among Gen Y has a better chance of manifesting itself in the credit union space.”

Allison said Gen Y will not only dominate the market in terms of purchasing power but will also dominate the workplace. “From both sides it’s very important that we attract young employees as well. That, in turn, will help us attract young members," he said.

Allison seeks the same type of relevance that credit unions have with the late baby boomer generation, a relevance that is built on the same principles of thrift and people helping people, but also the world of mobile technology and social media.

“Awareness is about relevance; that means offering something different than what your competition offers,” Allison said. “If credit unions figure out how to do that better than corporate banks and other providers, maybe that resulting awareness can be rediscovered.”

Breakout session participants will learn about:

The conference is a collaboration between CUNA and the World Council of Credit Unions.

Guide to Money—Get Ahead of the Game handbook