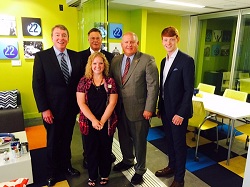 “Congressman Thompson has been a strong supporter of credit unions,” said Patrick Conway, PCUA president/CEO. “[It] was a great opportunity to show our appreciation for his strong support by meeting with him at a credit union in his district.” 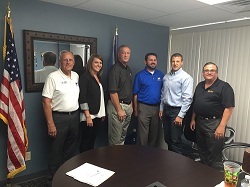 "As a member of the House Financial Services Committee, Congressman Poliquin is in a position to be involved in many legislative issues impacting credit unions, and his understanding of the issues is impressive,” said John Murphy, MCUL president.

“We have had a number of positive meetings with Congressman Poliquin and his staff, and he asks great questions in his effort to seek answers on how he can help and what the needs of credit unions are,” Murphy added. “We are particularly pleased that he is eager to visit credit unions across the state, and at the feedback we are receiving from the credit unions he has made stops at in the past few weeks.”