America’s CUs make impact on state legislators at NCSL

“The community and economic impact not-for-profit credit union cooperatives make across our nation was clearly felt, seen and heard by the attendees of the NCSL," said Troy Stang, president/CEO of the Northwest Credit Union Association (NWCUA). "The impact of the movement’s support of the conference was certainly appreciated and demonstrated by the elected officials. It was especially meaningful as various state leaders took it upon themselves to find us in the crowds of people just to say thank you for providing a cooperative choice to 100 million Americans.”

Signage on the escalators was among the many areas where the America's Credit Unions message was seen.

Dozens of lawmakers from across the country visited a booth manned by CUNA and the NWCUA and spoke with credit union advocates.

“The collaboration between CUNA, CUNA Mutual, AACUL and the league system gave America’s Credit Unions an unprecedented level of visibility at the National Conference of State Legislatures," said Denise Gabel, NWCUA chief operating officer. "We appreciate the fact that everyone stepped up so quickly and worked together for such a positive impact.”

The credit union presence at the summit, which included sponsorship of free Wi-Fi at the convention center, led many state legislators to reach out to credit union leaders praising the effectiveness of the message.

“I received many thanks from participants and volunteers for our sponsorship of the summit Wi-Fi. At one encounter, I heard from a very grateful Montana legislator who upon learning we were with the credit unions, gushed about the free Wi-Fi and how the credit union message was ‘drilled’ into her head,” said Mark Minickiello, NWCUA vice president of legislative affairs. “I have to add that a number of legislators stopped by to shout out to credit union advocates in their states. They appreciated the reminders to stop at the America’s Credit Unions booth so they could learn more.” 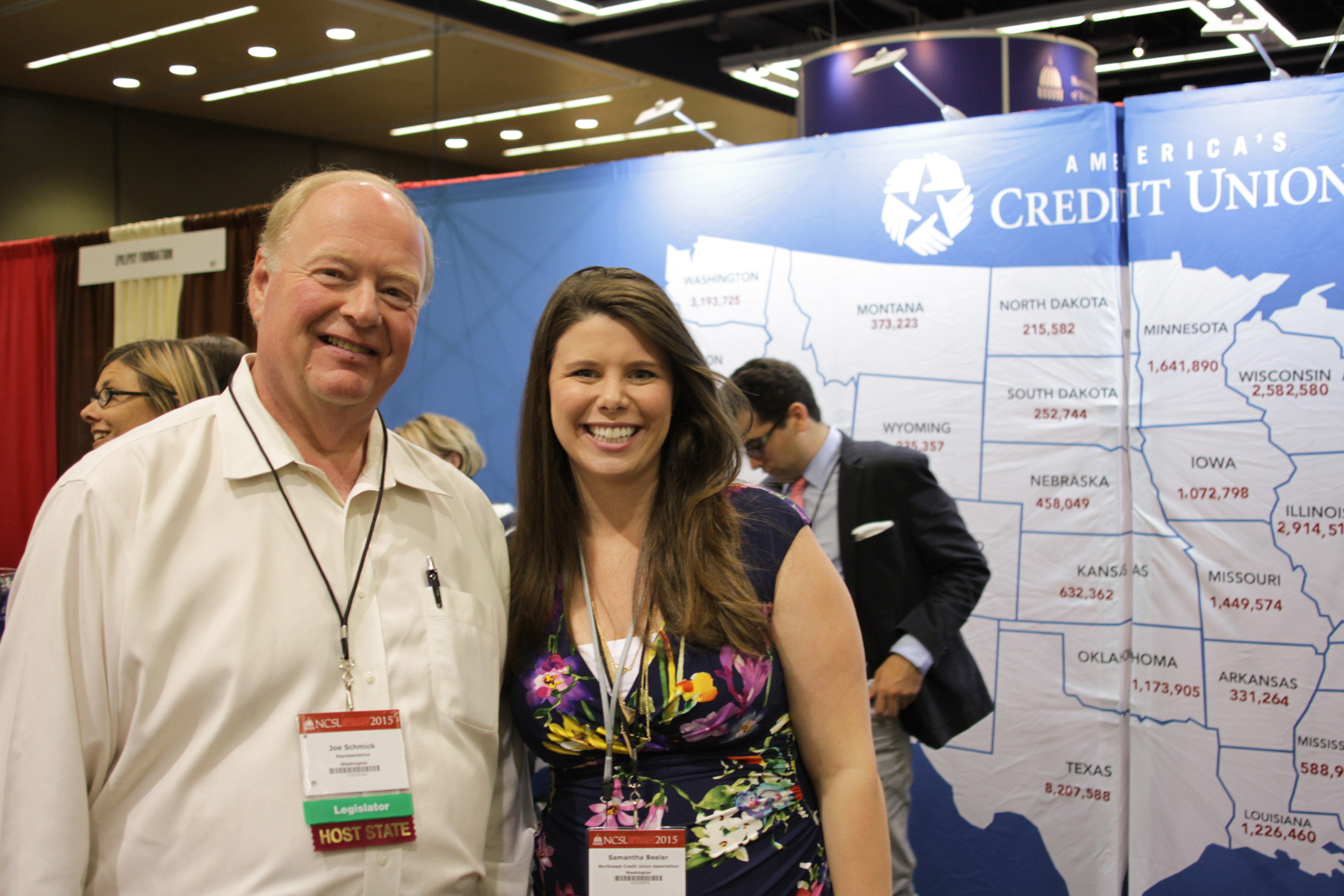 CUNA, CUNA Mutual Group and the state leagues, led by the NWCUA, helped raise awareness of credit unions through ads at baggage claim at Sea-Tac International Airport, placement of the America’s Credit Unions logo on volunteer shirts and convention center escalators and the sponsorship of free Wi-Fi in the convention center.

“From staff at the registration desk thanking us for supporting the Wi-Fi, to members of the Washington Host Committee seeking us out to thank us for our support and their ability to leverage our support, the credit union message was on display to the over 5,400 attendees," said Jennifer Wagner, senior vice president of advocacy for the NWCUA.

You Are 1 in 100 Million Drive-Up Envelope