BEAVERTON, Ore. (8/13/15)--Federal lawmakers in Oregon are fighting for legislation that would allow financial institutions to legally serve businesses associated with the marijuana industry.

The absence of such legislation creates safety issues, proponents say, as without a place to bank they have no choice but to operate in cash.

To air their concerns and publicize their arguments for the legislation, Sens. Ron Wyden (D) and Jeff Merkley (D) and Rep. Earl Blumenauer (D) held a press conference at Rivermark Community CU, Beaverton, Ore., this week that was well-attended by the local media. 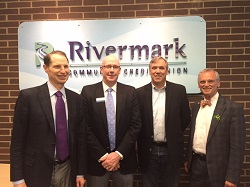 “There’s a reason most of us don’t walk around with thousands of dollars of cash stuffed in our backpacks,” said Merkley (Anthem Aug. 11). “It’s an invitation to crime and malfeasance. But that’s what we are forcing legal businesses to do because financial institutions are prohibited from providing services. That must change.”

Said Sam Whitfield, CUNA vice president of legislative affairs: “While marijuana businesses are legal in a few states, credit unions must be very aware of the fact that it remains illegal on the federal level, which presents a myriad of compliance challenges."

“Rivermark was proud to host our distinguished guests to discuss an issue of critical importance to credit unions, the communities we serve, and to these legal small businesses,” Burgess told Anthem.

The legislation the three lawmakers have sponsored would prevent federal regulators from:

“There is absolutely no justification for forcing thousands of legal marijuana business here in Oregon and across the United States to do their business on an all cash basis,” Blumenauer said.