WASHINGTON (8/17/15)--There are a few new awards in CUNA’s trophy case, thanks to creative print and digital ads, as well as CUNA’s 100 million memberships website.

CUNA won two awards from the American Association of Political Consultants, known as the “Pollies,” which recognize excellence in political communications.

Both awards were from the 2014 election. The first, which took home the silver “Best Use of Membership Political Mail--Democrat,” was a campaign for Mark Udall, the former Colorado senator. The ad, done in conjunction with the Mountain West Credit Union Association (MWCUA), portrays Udall as a superhero fighting for credit union members.

”He may not wear a cape, but Mark Udall is a hero when it comes to fighting for Credit Union members,” reads the ad, which was sent to MWCUA credit union members. 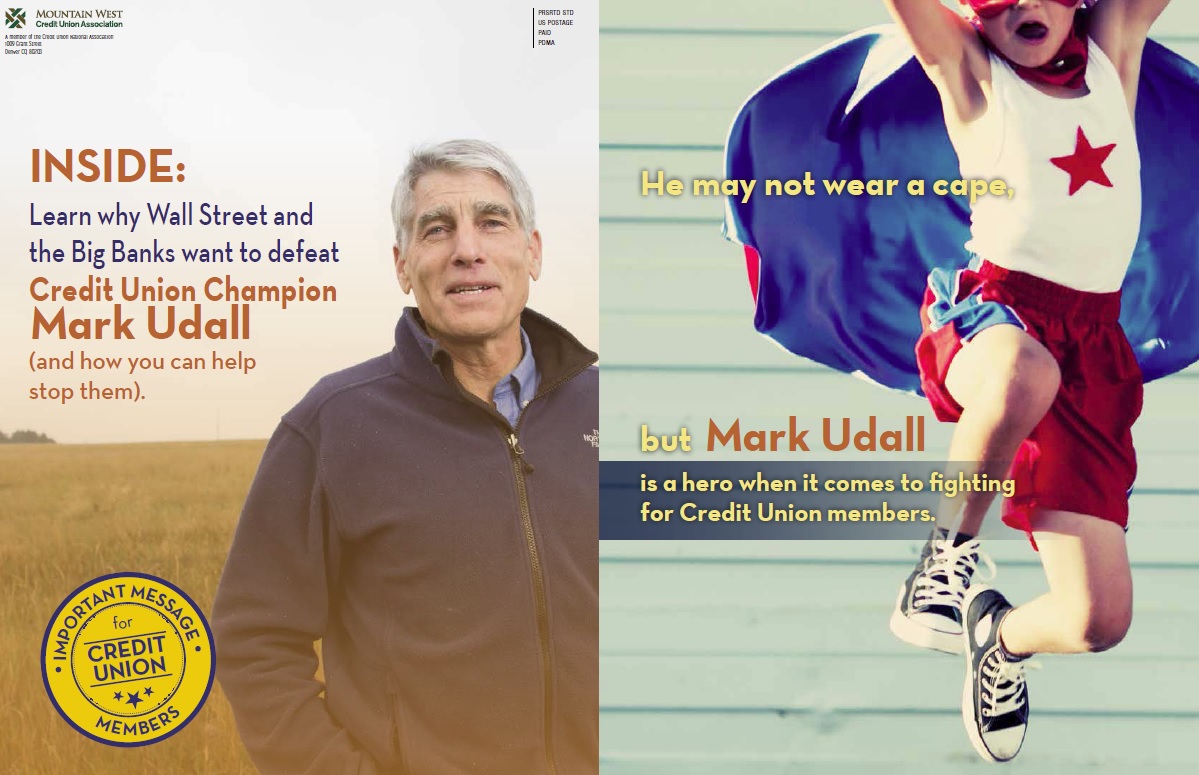 An ad for former Sen. Mark Udall which won an award from the American Association of Political Consultants.

Udall introduced and supported a number of credit union-friendly pieces of legislation, and tweeted his support of the "Don't Tax My CU" movement.

The second award stemmed from the campaign of Rep. Pete Aguilar (D-Calif.). Aguilar, a former credit union vice president, was elected to his first term in Congress. The result of an independent expenditure from the Credit Union Legislative Action Council, the ad won a silver in the “Independent Expenditure Campaign--U.S. House of Representatives” category.

Titled “Exito,” it was a Spanish digital ad that ran on Pandora radio stations in California’s 31st District with audio and visuals.

The website was filled with selfies from some of the 100 million members, who were urged to “show what 100 million looks like” in a CUNA social media campaign using the hashtag #100MM.

USA Today, The Washington Post, The Fiscal Times, Bankrate.com, Bloomberg Radio, American Public Media and the New York Post were among the national outlets that took notice, as well as news outlets in Buffalo, N.Y.; Omaha; Albuquerque, N.M.; San Francisco; Tampa, Fla., and many others.