Member Benefits
Learn more
Learn more about the benefits of membership.
Home » Compliance: Who needs to be EMV-compliant by Oct.1?
Policy & Issues

Compliance: Who needs to be EMV-compliant by Oct.1?

WASHINGTON (9/2/15)--Credit card issuers--and, yes, that means credit unions, too--and retailers have less than a month to embrace the global security standard developed by Europay, MasterCard, and Visa (EMV) before they start playing a game of liability hot-potato.

Oct. 1 marks the date when the major card companies will shift counterfeit liability to the least EMV-compliant party in a point-of-sale (POS) transaction (except transactions at automated fuel dispensers, which must be compliant by Oct. 1, 2017). 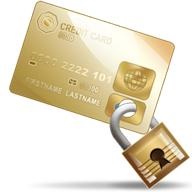 If neither or both parties--card issuer and merchant--are EMV compliant, the fraud liability will remain unchanged from current rules. However, if one party is the cause of a chip transaction not occurring, it will be held financially liable for any resulting card-present counterfeit fraud losses.

Migrating to EMV is not necessarily a "requirement," Valerie Moss, CUNA senior director of compliance analysis, tells credit unions that ask: But she adds that the major cards companies (Visa, MasterCard, Discover and American Express) "have provided some pretty strong incentives to encourage card issuers and merchants to get on board as soon as possible," including the fraud liability shift.

Moss suggests the resources below for more information on EMV: