Ill. CUs gave legislators latest on CU issues during recess

NAPERVILLE, Ill. (9/16/15)--Members of the Illinois congressional delegation returned to Washington this month with fresh updates on credit union issues, courtesy of the Illinois Credit Union League (ICUL). The league facilitated several meetings between credit union advocates and legislators during the August recess. 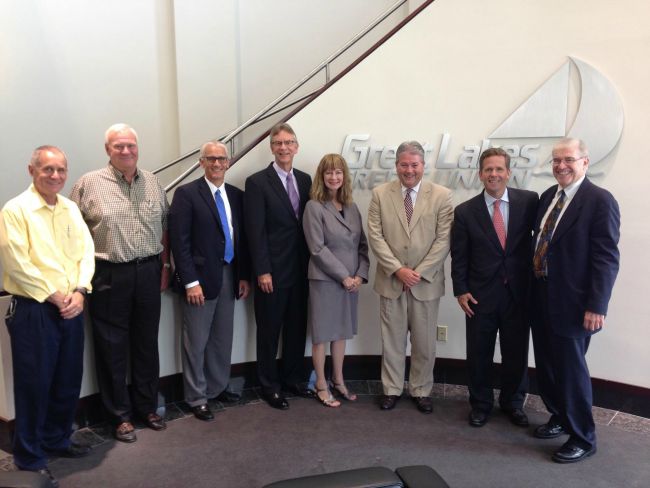 “We value the opportunity to meet with members of the Illinois Congressional delegation and find it encouraging when they have a solid understanding of credit unions,” said Tom Kane, ICUL’s president/CEO. “Their recognition of the key role credit unions play in the financial marketplace is much appreciated and we sincerely value the time they set aside to maintain an ongoing dialogue and discuss issues important to our members.”

“These visits are extremely important. It is key for legislators to get to know us not only as individuals and representatives from our own credit unions, but also credit unions as a movement,” said Carl Sorgatz, vice president at Great Lakes CU of Bannockburn, Ill. “That way, when issues arise, we are a known entity and they will remember us from when we visited them back in their district or in Washington, D.C.”