PHOENIX (9/24/15)--So what do those young professional “Crashers” get out of CUNA’s Governmental Affairs Conference (GAC) anyway?

Crash the GAC is an event by The Cooperative Trust in partnership with CUNA, now planning its sixth year, Crash the GAC gives credit union professionals under the age of 35* a chance to not only participate in the CUNA event, but also offer an opportunity to have intimate meetings with veterans of our system.

In the aftermath of last year’s GAC, “Crash the GAC” participants were challenged to affect change at their respective credit unions and in their communities by implementing practices they learned at the conference.

Danielle Buscher, learning and development manager, West Community CU, O’Fallon, Mo., explained to attendees that she leveraged her experience by incorporating an ongoing education program at her credit union to make sure employees are fully acquainted with the credit union mission.

The training engages employees and, by teaching them about the cooperative principles and credit union difference, drives them to get behind the movement, Buscher said.

“We (millennials) want to be a part of something, we want meaningful work more than we want a higher paycheck,” Buscher said. “With credit unions we really do meaningful work. But we can’t expect employees to figure it out on their own, so it all starts with education.” 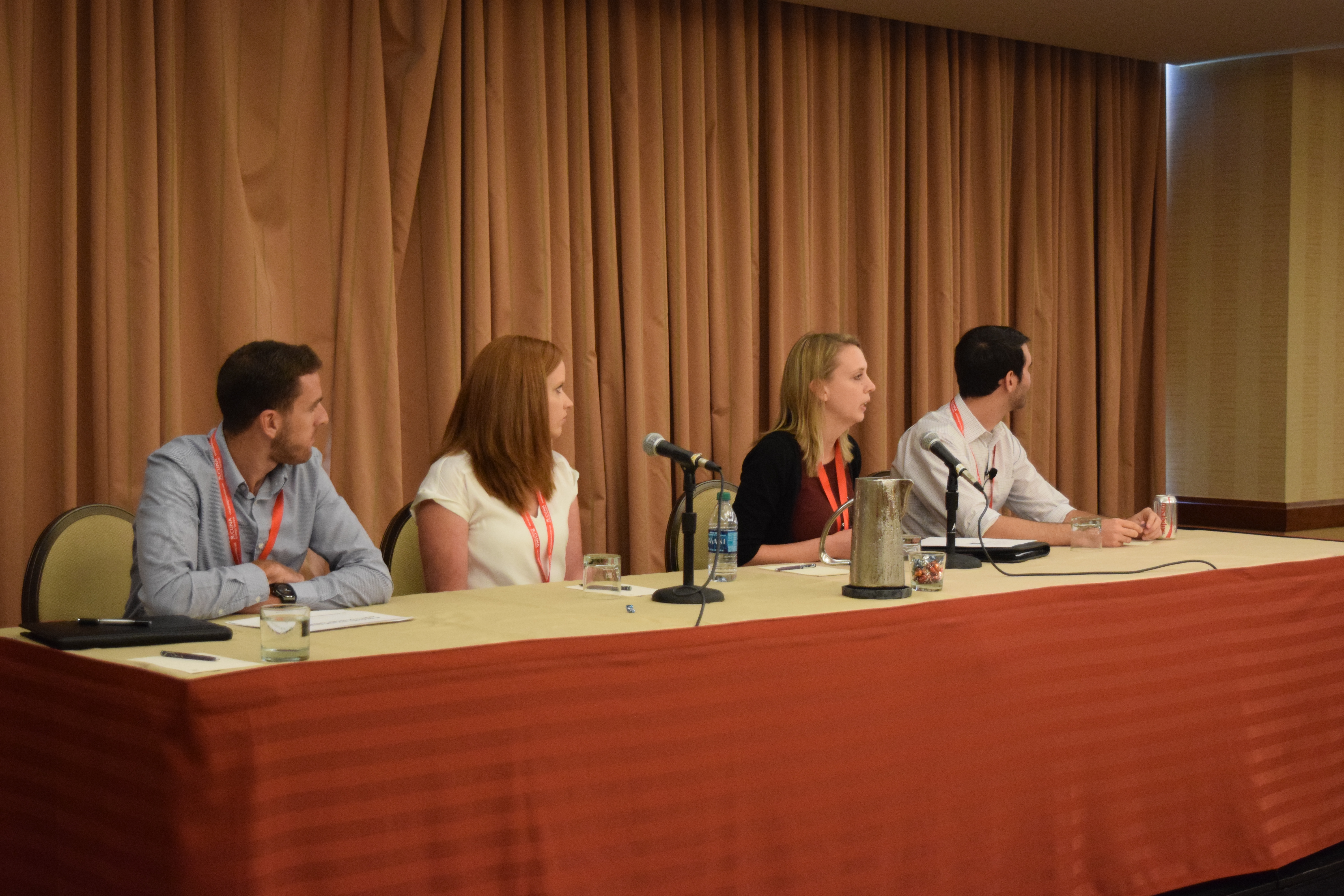 Buscher also cited how she stole the Crasher idea and implemented it at her credit union. Among other events, the credit union’s Crasher group crashed its own board meeting, which proved insightful.

“We got to stay and the board did things at a slower place so they could explain to us what they were doing and why we were doing it,” Buscher said.

Chris Curry, compliance and development manager, Hawaii First FCU, Kamuela, Hawaii, explained that he turned what he learned at GAC into a series of initiatives by young professionals to get more involved in leading the credit union.

For example, Curry said that young professionals at Hawaii First used the credit union’s resource center to create a visual representation of the credit union’s strategic plan. Its board and leadership have adopted the graphic as part of that plan.

“Young professionals can play an integral role in strategic or vision planning for your organization,” Curry said.

Finally, Rachel Barker, director of branch operations at Holy Rosary CU, Kansas City, Mo., explained that she used her experience to inspire staff members to become leaders in their individual roles at the credit union.