WASHINGTON (10/6/15)--More than 130 credit union leaders from eight states spent last week walking the halls of the U.S. Congress, the National Credit Union Administration (NCUA) and other locations in and around Washington, D.C. The annual Hike the Hill trips for leagues and credit unions allows stakeholders a chance to share the credit union message with federal policymakers.

“We want to tell our legislators that credit unions are the good guys in the world of financial services, we do so many things to help our members, and we’re able to create products and services in an environment for our membership that other financial services organizations can’t do,” said Sean Gammon, CEO of Members Advantage Community CU of Barre, Vt. “Credit unions live that mission every day.”

More than a dozen credit union leaders from Vermont spent an entire morning at CUNA’s offices last week, breakfasting with President/CEO Jim Nussle while discussing credit union issues. CUNA advocacy and compliance staff also hosted a roundtable to provide the latest on regulations and legislation that will affect credit unions. 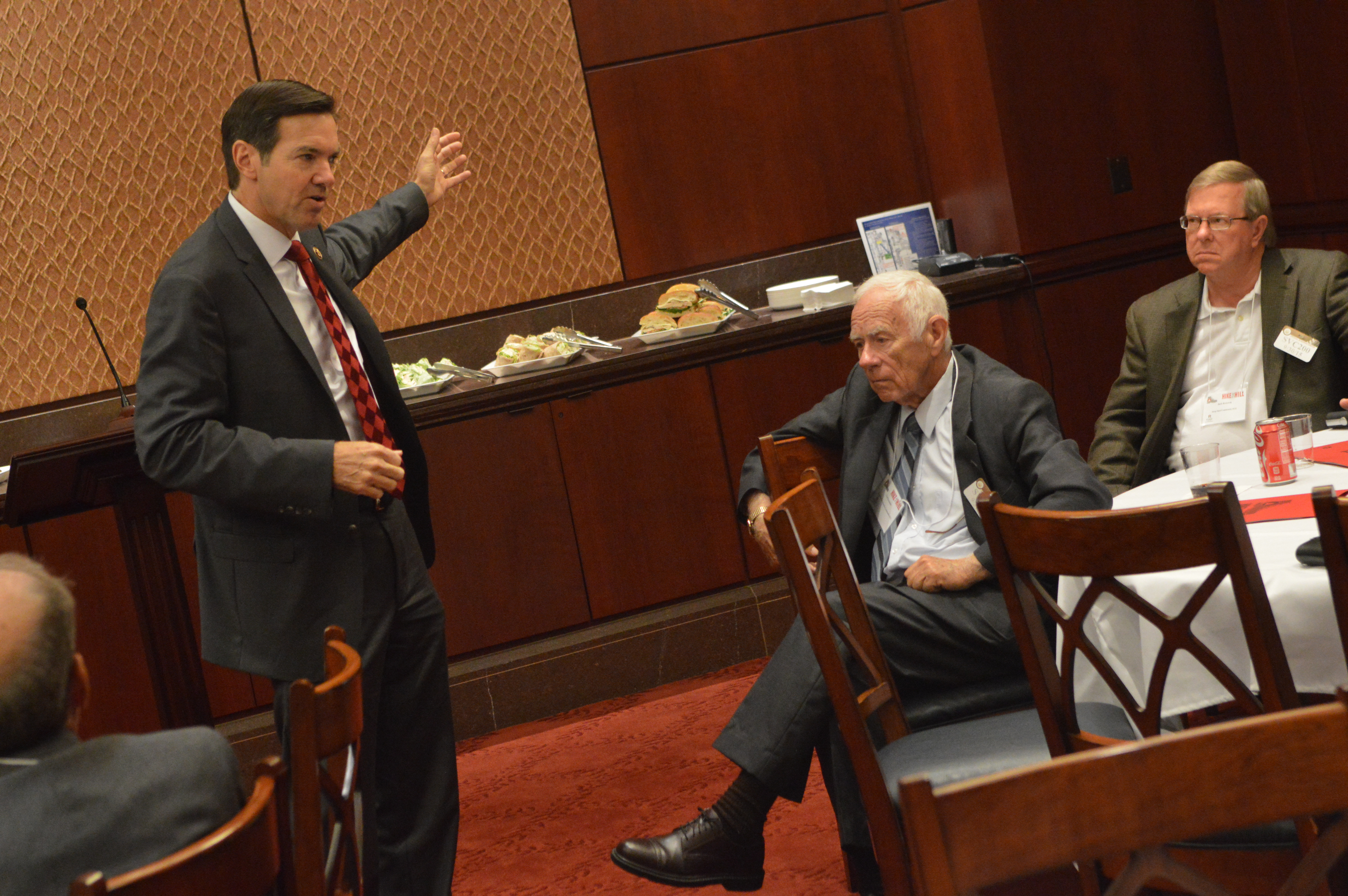 “We want Congress to hear the message that we have been overregulated since 2008, and with more than 190 new regulations to deal with, it’s just too much for credit unions who are in business to serve their members to be able to address all those regulations,” said Mike Tucker, President/CEO of WV Central CU, Parkersburg, W.V. “It’s taking us away from our members and not allowing us to do our jobs the way we should be.”

The message from the legislators was simple: bring them examples of how regulations have caused your credit union to turn away business with the community, or of members who could not receive the services they need because of regulatory burden or costs.

Illinois credit unions spent their time in Washington, D.C. with meetings at 11 different legislative offices, legislative and regulatory briefings from CUNA staff, and a trip to the NCUA.

“It’s so important for credit unions to participate in events like Hike the Hill. We need to make sure they hear what we’re doing each and every day that makes such a difference in the lives of our members,” said Peter Paulson, president/CEO of Corporate America Family CU, Elgin, Ill. “We also want to ask our legislators for help. When they’re considering legislation, we want them to understand the impact it can have on how we can serve our members in the future.”