Meeting Challenges with a Smile

When Gimble took over as CEO (or “Chief Everything Officer,” as he calls it), he faced a difficult and stressful situation. 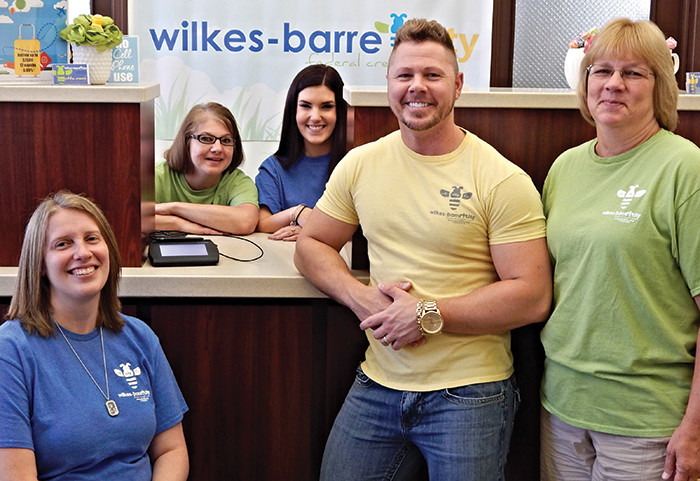 “The credit union was in the middle of a fraudulent loan scandal that was splattered all over the newspapers,” recalls Gimble. “The sheer task of changing the image of the credit union was hard enough. We also had to go through all loan and account folders, change or alter all policies and procedures, and pretty much rebuild the credit union from the ground up.”

But as they say, “When the going gets tough, the tough get going,” and with the help of his team, Gimble managed to turn things around.

“We turned around our credit union,” Gimble says, pointing to his “awesome” team. “They are all rock stars in my book. Coming in early, staying late, and getting yelled at by members—it took its toll on them. But they emerged victorious.”

“I have a high level of energy and try to make the work atmosphere one that everyone enjoys working in,” he says. “I believe that a happy employee is a hard-working employee. I’ve been called the ‘cheerleader’ before, and that’s true.”

Despite the once-ugly situation at Wilkes-Barre City Employees Federal, Gimble’s passion for the credit union industry hasn’t waned in the slightest.

“I believe that employees of credit unions care about the members and create a family feel, and there is no better feeling than being a part of that,” he says.

Gimble’s ability to connect with people sets him apart, says Jim Bozzini, president of Jim Bozzini Promotions, a local marketer who has worked with Gimble.

“He touches each and every person that he comes in contact with,” Bozzini says. “Once you meet Joe, you’ll always remember him. He has the ability to do just about anything he sets his mind to.”