Leader Spreads Passion for CUs, Helping Others

'There's no better feeling than to give of yourself for the betterment of others.'

WHEN KAREN HART isn’t serving as the executive vice president, chief member services officer, and chief financial officer of the Cornerstone Credit Union League in Dallas, Texas, you’ll probably find her out on the open road, riding her beloved Harley.

Although she loves to “cruise,” Hart also uses her motorcycle to do some good, handing out toys to children lining the street during “toy runs.” 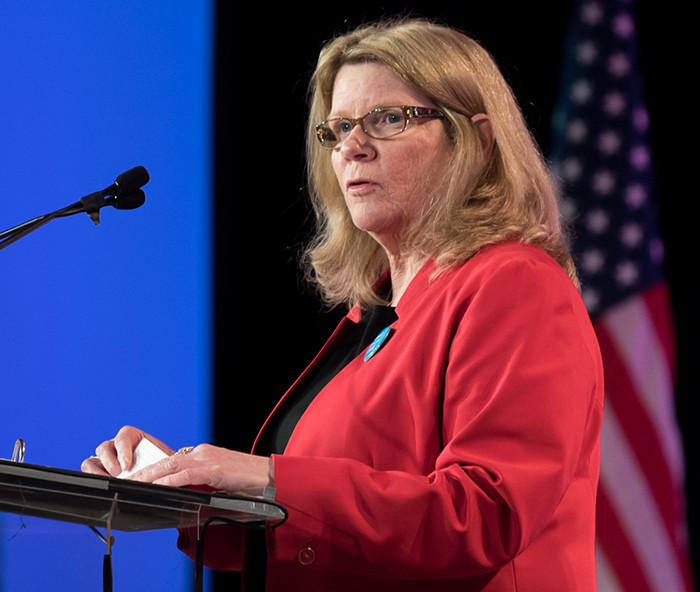 “There’s no better feeling in life than to give of yourself for the betterment of others,” she says. “I believe credit unions can—and do—make a difference in our everyday lives.”

During her 36 years in the credit union movement, Hart developed a reputation as an enthusiastic and dedicated leader.

“She’s a leader who doesn’t just speak, but listens. When she speaks, people listen, and her passion is infectious,” says Dick Ensweiler, Cornerstone’s president/CEO.

Ensweiler says that Hart often is at the helm of tough projects, such as merging nearly 10 organizations into three during a consolidation of the three state leagues that became Cornerstone, Credit Union Resources, and the Cornerstone Credit Union Foundation.

“She delivers efficient and effective solutions to the opportunities that arise in our operations,” says Ensweiler.

Hart believes that all of her efforts are strengthened by an amazing, supportive team.

“I wish I could share with you all the things that I do to encourage my fellow employees. The truth is, it is they who encourage me. I am proud to be part of such a great team that shows the passion and commitment to our member credit unions each and every day. I try to lead by example and inspire those around me to do the right thing. I want those around me to know that I alone can achieve nothing, but together, we can do anything,” Hart says.

Hart is a tireless champion of the credit union movement, and loves being able to help others each day in her work.

“She is a self-made, strong, and independent woman who is now in a position to help others achieve the kinds of success from which she has benefited,” says Ensweiler.