Champion for the Community

Relationship-builder is committed to demonstrating the CU difference.

He’s a biker who rides around the Twin Cities whenever he gets the chance. He works part-time at a brewery where he pours craft beer in a taproom. And he’s a business development specialist at $1.7 billion asset Affinity Plus Federal Credit Union in Saint Paul, Minn., where he specializes in advocacy and education.

Hering has a deep love for his community and the people in it. 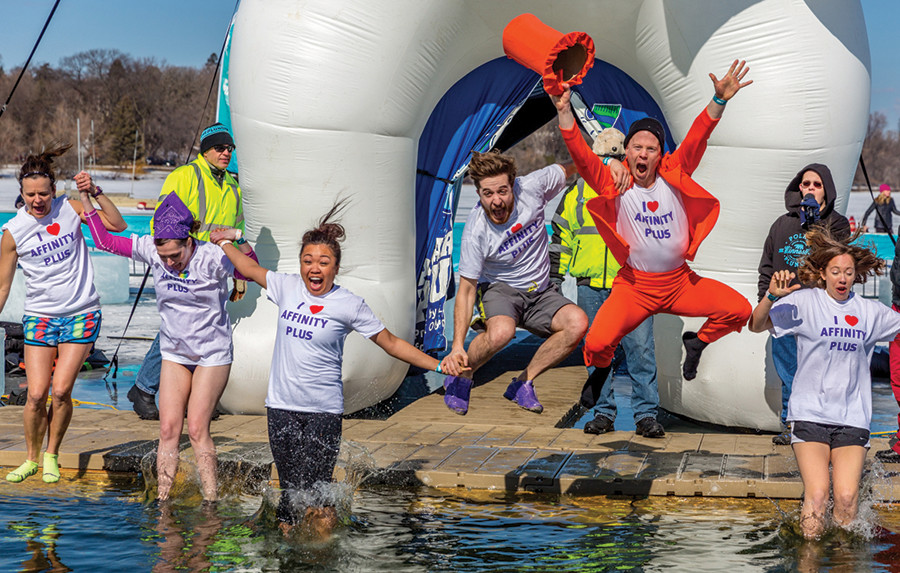 Ben Hering (center) and his colleagues take the Polar Plunge into Lake Calhoun in Minneapolis to raise money for the Special Olympics in March 2015. (Photo: Sobottka Photography)

“I’ve always been passionate about working to better the lives of people and, since money is such a huge part of life, the credit union industry is the perfect fit,” says Hering.

His colleague Bryan Schmidt, Affinity Plus Federal’s marketing analyst, describes him as “innovative,” and says, “Ben has taken paths through uncharted waters with our member experience.”

For example, Hering aided in designating a drive-through lane for bikes at the credit union’s university branch location because of the community’s bike-friendly reputation and heavy nearby activity.

“It’s a way to increase safety and awareness while accommodating our members on two wheels,” says Hering.

Hering has a track record for fostering important relationships in the community.

“Ben has forged relationships with businesses and organizations in the Minneapolis community,” says Joanna Drennen, Affinity Plus Federal’s marketing specialist. “They’ve resulted in strong, local relationships that positively impact people in the community and within our membership.

“He’s able to build these relationships because he’s committed to demonstrating the credit union difference through action—by making time for in-person strategic meetings, hosting educational seminars, and being present when opportunities arise to show support for these businesses and organizations,” Drennen continues.

Hering truly enjoys his work at the credit union.