The Man with a $10 Billion Plan

Member experience is at the heart of CU growth.

GROWTH IS NO ACCIDENT at Mountain America Credit Union, where CEO Sterling Nielsen is a man with a plan.

Nielsen arrived in October 2008, as the economic downturn began and soon after Mountain America’s merger with a troubled credit union. He knew Mountain America, based in West Jordan, Utah, needed an ambitious 10-year growth plan to map the future for what today is a 532,000-member credit union. 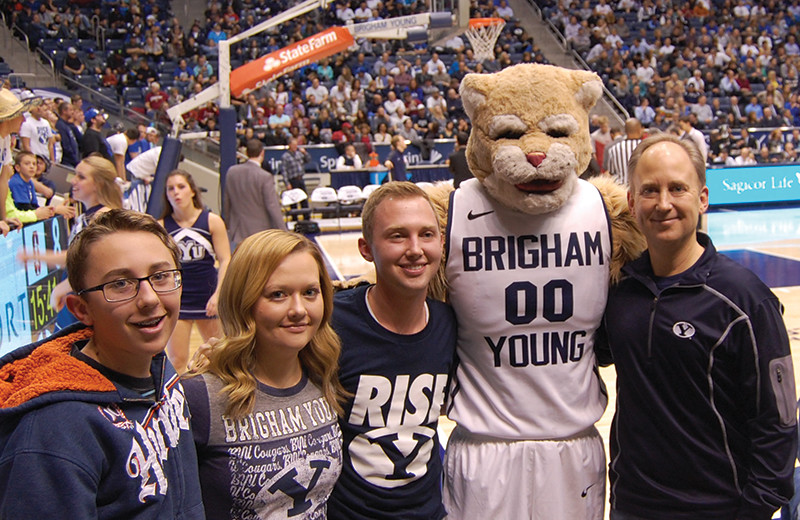 Sterling Nielsen and his children pose with Cosmo, the mascot for Brigham Young University, during a basketball event Mountain America CU sponsored.

“People were sick of sitting around and spinning our wheels, so we made plans to change that,” Nielsen says.

“It’s not just the number,” Nielsen says of the asset target. “It’s what we’re doing to prepare to be a $10 billion organization: making sure we hire the right people, that we implement reliable systems, and that people want to trust us to be their financial partner.”

After the gloomy days of the recession, Nielsen and the Mountain America staff have logged an impressive growth record.

“The hard part now is maintaining staffing levels and training to make sure we can accommodate that growth while delivering excellent member service,” Nielsen says.

Nielsen said Mountain America emphasizes first-class training. For example, the credit union has a separate facility equipped with a 150-seat auditorium and a section with mock teller lines where the credit union trains new hires.

Mountain America also has developed a 10-month leadership program with Westminster College, where credit union staff members work in cross-functional teams to learn what it takes to be a leader.

Hiring the best people is also a priority for Nielsen.

“Weak leaders hire people who won’t challenge them. Here, we hire people who are better than we are,” he says. “You’ll look better and develop employees to assume your position one day.”

Nielsen says member experience is at the heart of his credit union’s growth. “Take care of members,” he says, “and everything else will fall in place.”