The award will be one of four presented during the Herb Wegner Memorial Awards dinner at CUNA’s Governmental Affairs Conference, scheduled for Feb. 21-25 in Washington, D.C. 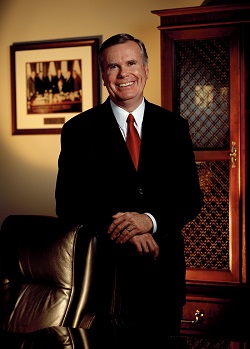 The foundation recognized Egan with this award for setting an example for credit union leagues nationwide through his leadership and through his political, educational and community engagement.

Egan’s excellence in leadership was perhaps best demonstrated in 1991, when Rhode Island closed all state-insured credit unions due to the insolvency of the state’s private insurance fund, said the foundation. Egan was instrumental in organizing meetings with lawmakers, corporate credit unions and Massachusetts private deposit insurance officials to resolve the issue.

The privately insured credit unions were converted to federal insurance. Meanwhile, Egan continued to meet with representatives of other private insurance funds in the United States to create a response protocol for potential future similar problems.

“Dan is the quintessential gentleman and a quiet leader with a demeanor that is the definition of class,” said John Gregoire, president of The ProCon Group and chair of the foundation’s Wegner Awards Selection Committee. “Dan’s ability to work with various political personalities has paid great dividends for the credit union movement. For example, the crisis in Rhode Island could have been cataclysmic to credit unions, but Dan’s work on all levels--particularly behind the scenes--kept that event localized and diminished in comparison to the potential fallout.”

Among other accomplishments, Egan also: