ALEXANDRIA, Va. (10/16/15)--The National Credit Union Administration (NCUA) voted 2-1 Thursday in favor of the agency’s risk-based capital proposal (RBC2), making it final more than 20 months after it was first proposed. Board member J. Mark McWatters cast the dissenting vote and expressed a number of concerns with the rule prior to the vote.

As proposed, the final rule is effective on Jan. 1, 2019. CUNA and the leagues sought an extended implementation timeframe.

Upon the NCUA's final vote, CUNA President/CEO Jim Nussle said, "Make no mistake--CUNA firmly believes the NCUA’s risk-based capital rule is a solution in search of a problem. Since the initial proposal 20 months ago, CUNA and the leagues worked together to execute one of the most coordinated and successful advocacy campaigns in the past 15 years to ensure we significantly impacted the final rule to get the best possible results for credit unions.

"Without our advocacy efforts, there is absolutely no question that the final rule would have been much worse for credit unions."

McWatters questioned the NCUA’s authority to issue the two-tiered RBC system and cited a legal analysis from CUNA that found that the NCUA’s approach to RBC is contrary to the statutory intent adopted by Congress in the Federal Credit Union Act.

McWatters said he didn’t believe the NCUA was required to put forth an RBC rule, which the agency has cited as a major reason for proposing it.

“Simply put, the NCUA is not required to adopt a new risk-based net-worth rule at this time and may not adopt a rule that contravenes the unambiguous language of the Federal Credit Union Act at any time,” he said.

Compared with the major changes that NCUA made between the first and second proposal, the final rule had relatively few changes since the second proposal.

The most significant were:

The NCUA plans a separate proposal for supplemental capital and says it will be made final before the RBC2 implementation in 2019.

CUNA commended the agency's intention to have the supplemental capital rule in place by the effective date of the RBC rule to allow supplemental capital for purposes of RBC compliance. CUNA also said it appreciates that NCUA Chair Debbie Matz reiterated that the agency is not currently planning a separate interest-late risk rule. 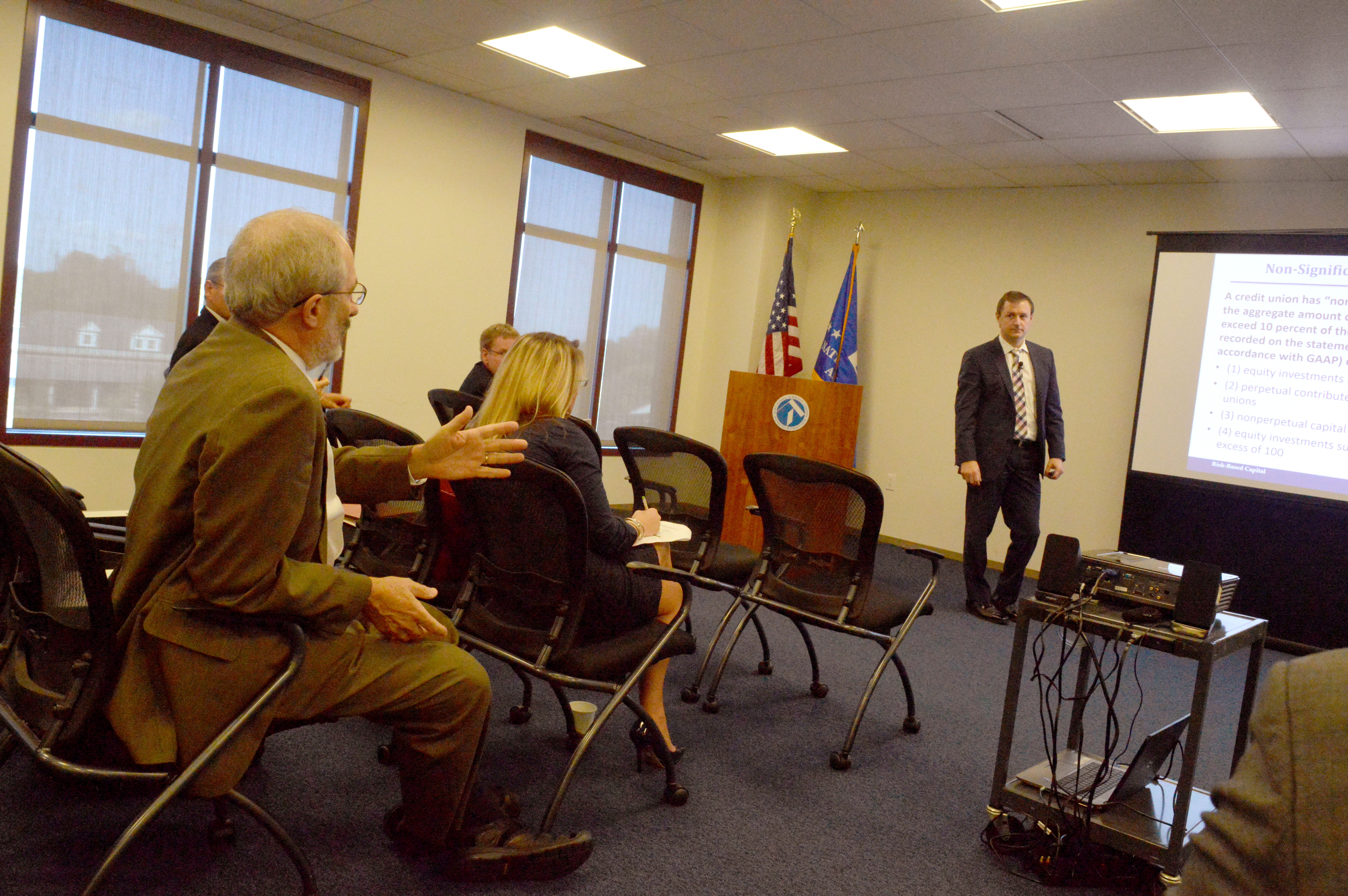 CUNA sought removal of the capital adequacy provisions, reduction in a number of the risk weights, further explanation of the conditions under which goodwill could be included in the RBC ratio and delayed implementation until 2021.

CUNA expressed disappointment that the agency retained the “capital adequacy” requirement. It will push for examiner guidance and training to place some boundaries around "this wild card capital requirement."

Matz said that the final rule is calibrated to affect only a “few dozen” credit union "outliers" not carrying sufficient capital to match risks on their balance sheets. All documents will be posted on the RBC resource center on the NCUA's website, www.ncua.gov.

This is likely the last “safety and soundness” rule the agency will issue in the foreseeable future, although future regulatory relief proposals are forthcoming, Matz added.

Guidance will be put out on the rule in early 2018; the agency will not be examining for final rule compliance until 2019.

NCUA Director of Examination and Insurance Larry Fazio said the agency aims to have the altered call reports ready by the time credit unions are required to submit them for the final quarter of 2017. The agency might consider removing certain reporting requirements as well.

Matz, in response to legislators who requested the NCUA voluntarily conduct a study on the effects of the proposal, said the agency would do so “shortly after” the board’s consideration of the rule. She said at the meeting that report should be available in a few weeks.

Nussle remarked Thursday, "This final rule remains deeply unpopular, and CUNA is disappointed the NCUA didn’t release a study on its rulemaking approach, and its impact and costs of the rule, to lawmakers, stakeholders and credit unions before finalizing. We encourage the agency to disclose this information.”

The proposal saw a record number of comments from the credit union system. The CUNA/league system worked to ensure significant changes through: