As the founder and longtime leader of the Jackson, Miss.-based credit union, Bynum has worked tirelessly to provide financial services to the underprivileged and underserved, the foundation said. 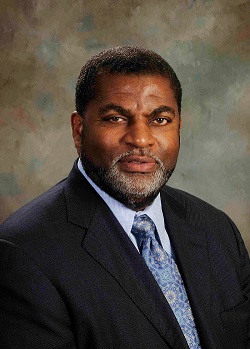 At the helm of HOPE, which has grown to 30,000 members since 1995, Bynum has ensured that the credit union expanded its reach into communities that have been abandoned by banks.

The last four branches opened by HOPE, for example, were in communities with less than 2,000 residents and where no bank had ties.

“Mr. Bynum has shown great professionalism in helping the Utica community improve people’s financial lives by preserving local access to financial services,” said Utica Mayor Kenneth Broome. “He should be recognized and greatly appreciated for his continual contributions to HOPE and the entire Utica community.”

One of Bynum’s greatest works occurred in the aftermath of Hurricane Katrina, which he knew would particularly devastate disadvantaged communities, the foundation said.

After the storm hit, HOPE partnered with local organizations to fund accounts with recovery grants to help people survive until funding from the government arrived. The credit union also helped 2,600 people gain access to necessary resources such as tarps, clothes, cleaning supplies and relocation assistance.

“My first encounter with HOPE FCU was in 2005, when I was living in New Orleans and lost my home in Hurricane Katrina,” said Sheila Randle, HOPE FCU advisory board member. “The task of putting my life together was hard, but HOPE offered an interest-free loan of $5,000 for survivors. I think this kind of commitment to our community clearly demonstrates Bill’s compassion for other people.”

Bynum will be recognized with three other honorees of the Herb Wegner award at CUNA’s Governmental Affairs Conference next year Feb. 21-25, in Washington, D.C.