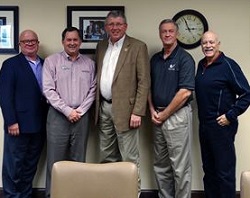 During the meeting, Lucas discussed including the Dodd-Frank Act, the Consumer Financial Protection Bureau (CFPB) and the 2016 presidential election. 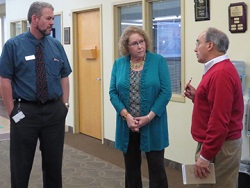 “It is helpful that Congressman Poliquin and his staff have identified and recognized the importance of visiting credit unions to hear from Maine consumers and the people who are on the front lines of providing financial services to more than half of the state's population,” said John Murphy, Maine Credit Union League president (Weekly Update Nov. 18). “In his position as a member of the House Financial Services Committee, Congressman Poliquin has an important forum to discuss our issues and offer suggestions that can impact our industry, whether it's reducing regulations, data security and other issues.”

Poliquin said the visits are helpful because he can bring the committee feedback on CFPB and other regulations (Weekly Update).

During his visits to Maine Savings, he reiterated his support to help credit unions grow, expand and create a better business climate in Maine, the credit union reported.