MADISON, Wis. (2/3/16)--For the second straight year, credit unions notched a 10.2% increase in loan growth in 2015, putting total loans outstanding at the $800 billion benchmark, according to the Credit Union National Association’s (CUNA) December credit union monthly estimates. Aside from last year’s performance, it’s the fastest pace of growth since 2005.

“The December estimates show that our 2015 forecast for loan growth at 10.2% was on target,” said Perc Pineda, CUNA senior economist. “Additionally, on a 12-month basis, savings growth rose 6.8%, which is higher than our revised forecast of 6.2%.”

Memberships, meanwhile, posted the strongest rate of growth last year since 1988, when memberships jumped 3.9%. In 2015, memberships increased 3.7% to 105.2 million nationwide. 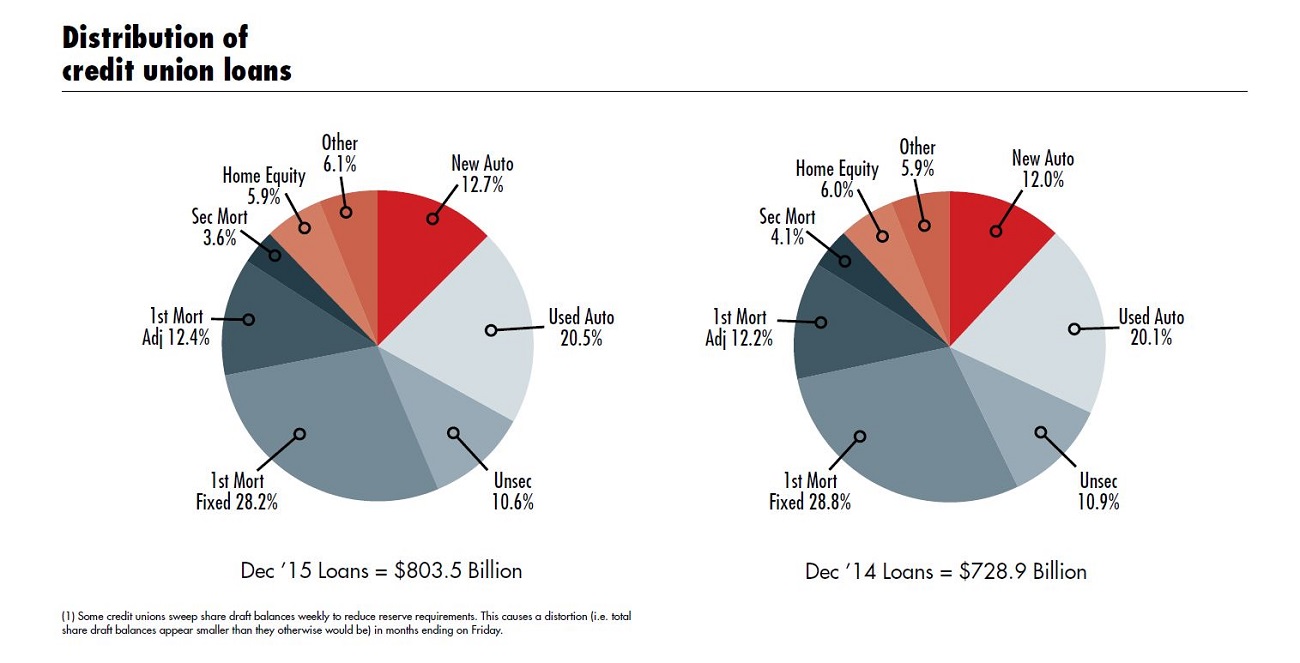 “We expect the U.S. economy to grow 2.75% in 2016,” Pineda said. “The labor market continues to improve and this should keep the delinquency rate at its currently low level of 0.8%.”

Housing and auto demand are expected to be robust in 2016, which bodes well for continued economic expansion and strong paces of loan and savings growth for credit unions, Pineda added.

Additional numbers from the report: