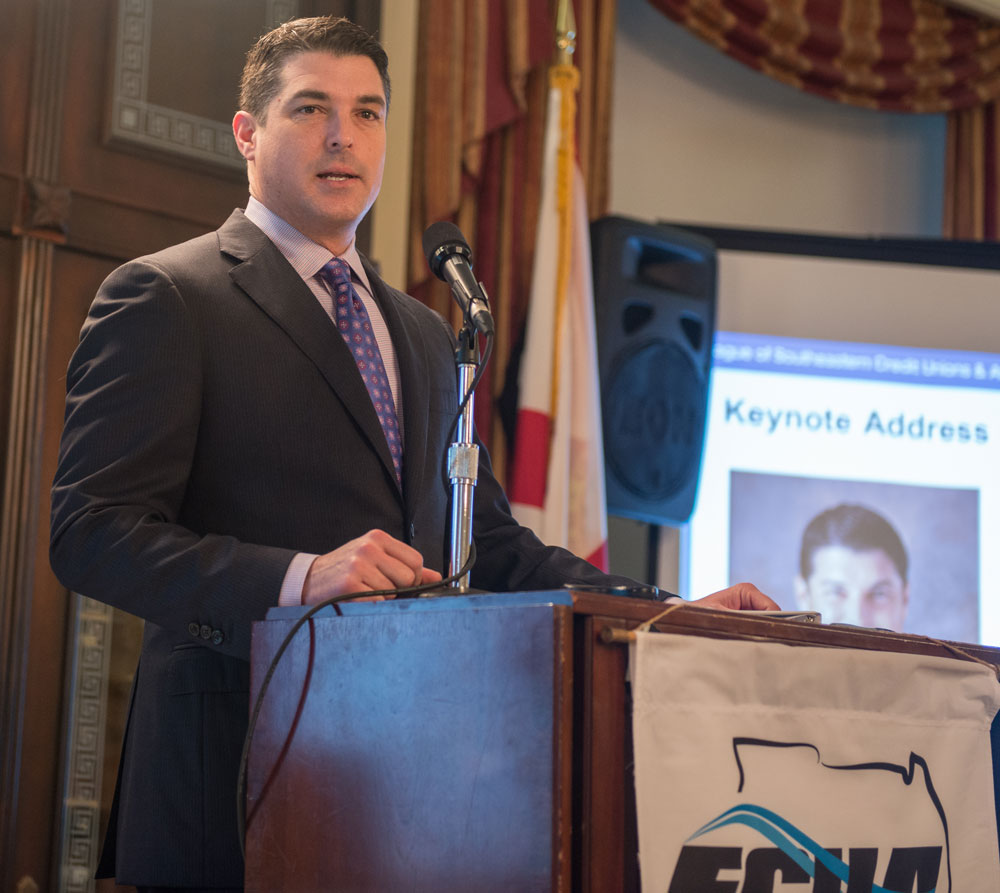 Speaker of the House Steve Crisafulli (R-Merrit Island) provided the keynote remarks by telling credit unions about the progress being made in this legislative session and the priorities of the House.

Marian Johnson, Florida Chamber of Commerce senior vice president of political strategy, gave an overview of the upcoming elections from the state and federal levels. She said that chamber surveys have found most Floridians are concerned about jobs above any other issue.

Credit unions spent four hours at the Capitol on Tuesday making nearly 30 visits. In the evening, attendees spent another two hours mingling with lawmakers, mainly senators as the House was still in session.

Also during the evening lawmaker reception, Senate President Designate Joe Negron (R-Palm City) was named the 2015 Florida Credit Union Association State Lawmaker of the Year. He told attendees that he appreciated the work that credit unions were doing in their local communities, and that he values the relationship he has had with them over the past 16 years.