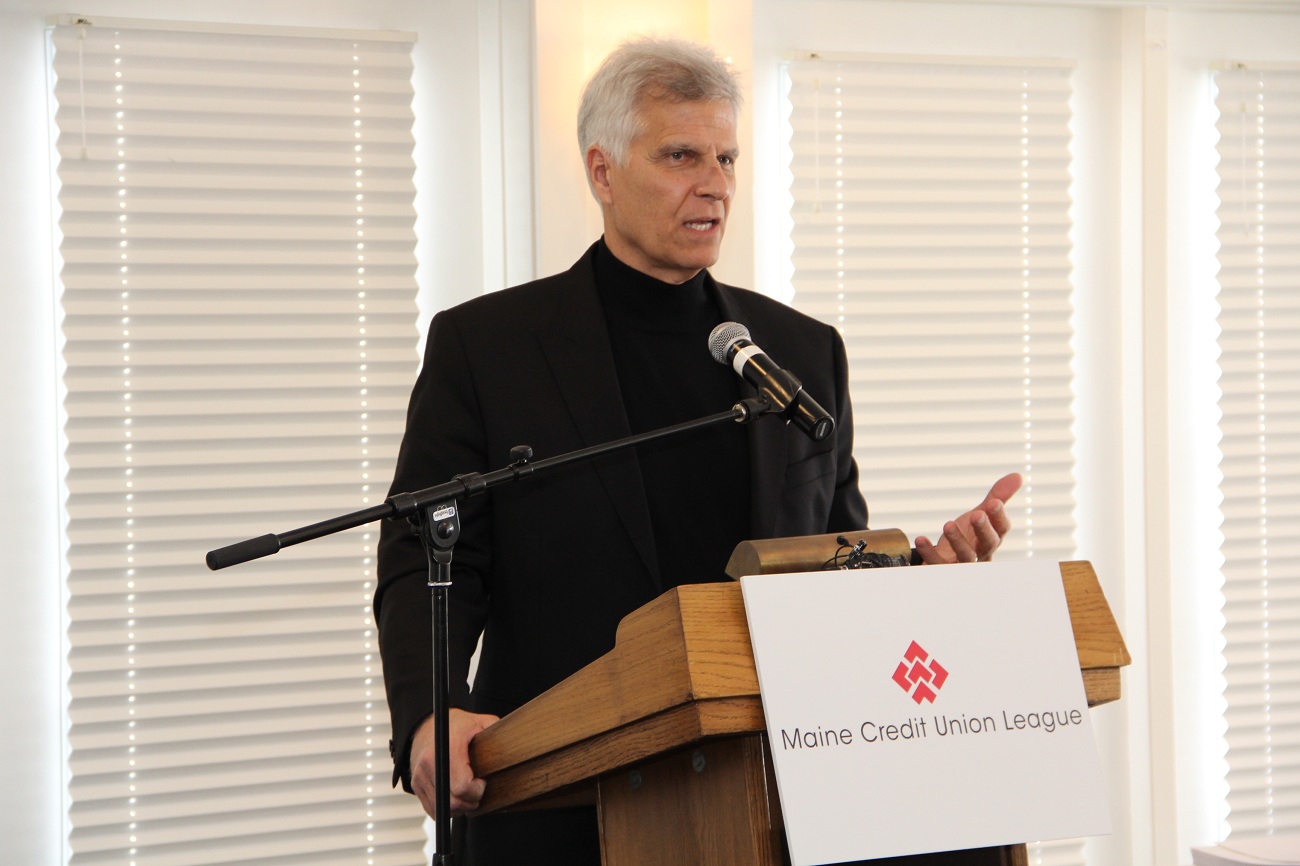 “The generosity of the more than 665,000 credit union members in Maine is extraordinary,” said John Murphy, league president/CEO. “Hunger affects communities in many ways, however, credit unions use it as a chance to change lives and put forth the credit union philosophy of ‘people helping people.’ As we celebrate the close of another year of the campaign, we are humbled by the remarkable efforts each credit union has made to make their communities a better place.”

The luncheon event featured an address by Spitz, who captured a then-record-setting seven gold medals at the 1972 Summer Olympics in Munich. Spitz is active in supporting several charities including hunger and poverty through his work with The Lareus Sport for Good Foundation.

Spitz congratulated Maine’s credit unions for “having your own ‘gold medal’ performance. What you are doing to help your fellow citizens is amazing, and awe-inspiring. Though swimming is mostly an individual sport, I always felt more inspired when I was part of a team, such as the relay, and the teamwork shown through this campaign is pretty special. Collectively, your team has accomplished great things for Maine people, and I am proud and honored to be here today to help you celebrate.  You are true champions.”

Since 1990, the Maine Credit Unions’ Campaign for Ending Hunger has raised $6.5 million to help end hunger in Maine. All contributions to the campaign are tax-deductible.