In part, the bill would allow the Office of Credit Unions (OCU) to accept a federal examination for the purpose of satisfying the 18-month exam requirement. 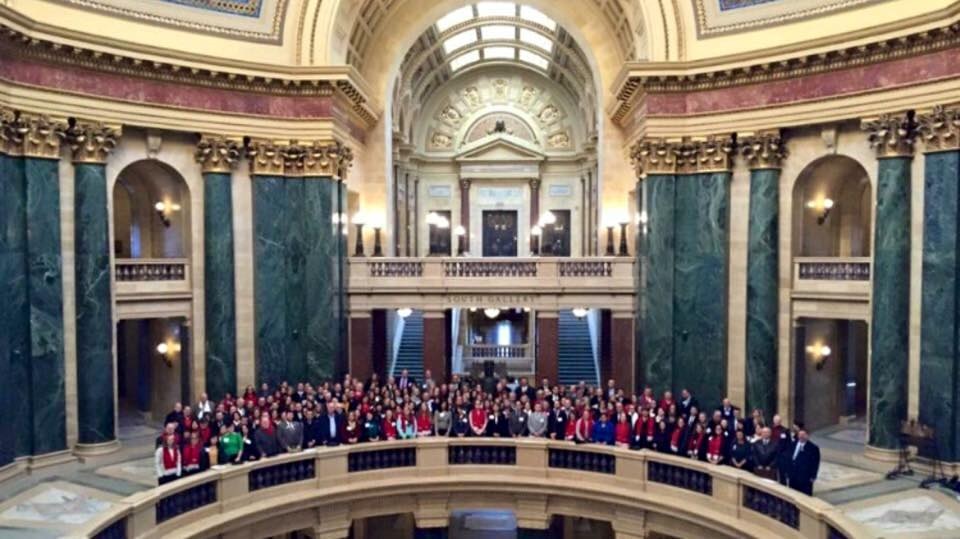 The state Assembly committee passed the bill unanimously Feb. 3 by a vote of 12-0. The full Assembly will vote on the measure today.

During the GAC, attendees heard from the bill’s author, Rep. Dave Craig (R-Vernon); Kim Santos, OCU director; and Pete Kammer of The Kammer Group, LLC, the league’s contract lobbying firm. Each addressed the collaborative effort behind the league-supported legislation and how to secure lawmakers’ support for it. Craig emphasized that just a few phone calls to discuss industry issues can establish an activist as a useful resource for lawmakers and their staff.

During the GAC, state credit union representatives visited with every member of the State Assembly and Senate. Activists thanked policymakers for preserving an independent state regulatory office during the budget process and asked for support of legislation to modernize Chapter 186.