Ore. CUs' legislative lunch at the Capitol includes Metsger on FOM

The Northwest Credit Union Association (NWCUA) reported that the 2016 Legislative Lunch at the Oregon Capitol in Salem included visits to the offices of representatives and senators and a presentation by Rick Metsger, vice chair of the National Credit Union Administration (NCUA). 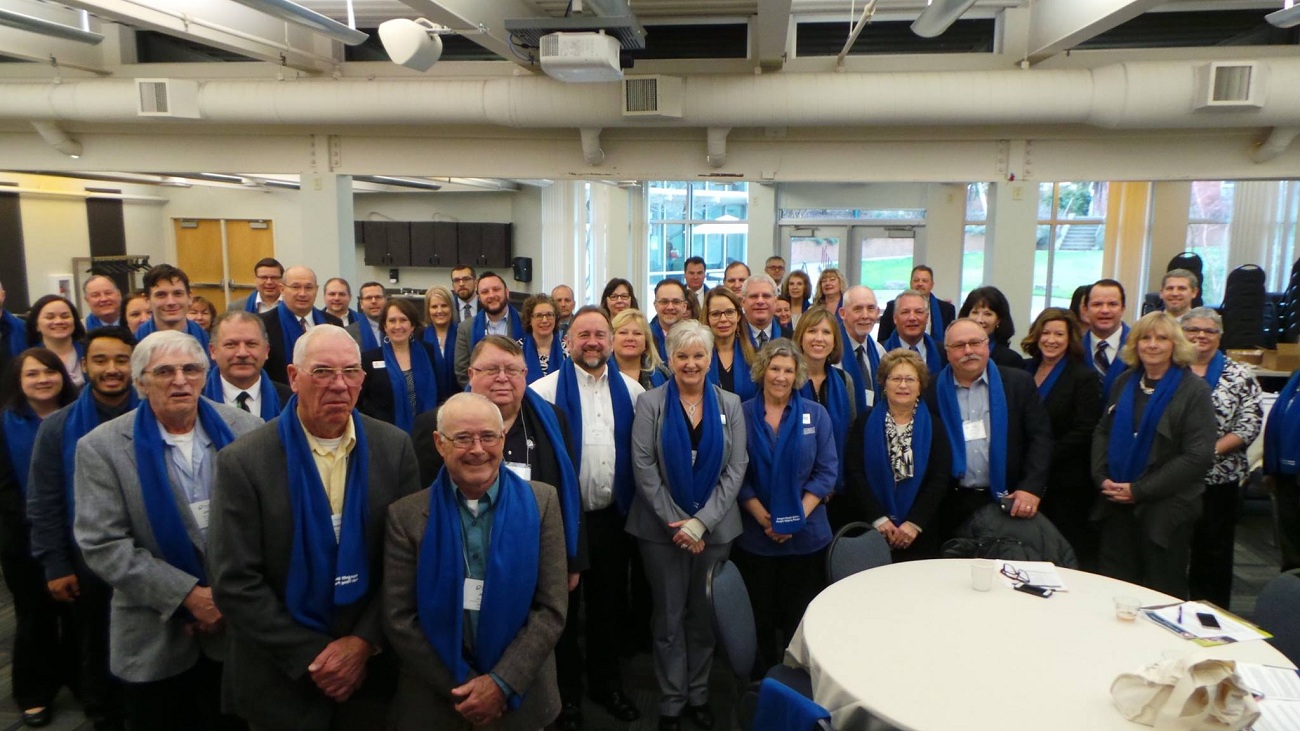 Advocates told their elected officials about the cornerstone of the credit union difference--the not-for-profit, cooperative structure (Anthem Feb. 12). They also messaged the $141 financial benefit the cooperative structure provided per member household last year and the resulting impact in each and every legislative district.

Metsger addressed advocates during the Feb. 11  lunch. It was a return to his former stomping grounds, where he served over a decade in the Oregon State Senate.

He acknowledged that NCUA received thousands of letters from bankers in opposition to its proposal to improve field of membership. If implemented, the rule could provide millions more Americans access to not-for-profit financial services from credit unions. The orchestrated campaign against the proposal was no surprise to the NCUA’s second-in-command, NWCUA's Anthem reported (Feb. 16).

“Those who compete with you in the financial services sector think that this is the end of the world,” Metsger said. “The banks that still control 96% of all assets in the United States are still upset that they don’t have that other 4%.”

Congress, Metsger said, “gave us responsibility to see that our rules are contemporary with what the American consumer wants, and with what your members want."

Two legislators received Community Impact Awards for demonstrating dedication to the people of Oregon through their support of credit unions.

“We can honestly say that because of his efforts, lives will change for the better, when Oregon credit union members are soon able to offer prize linked savings accounts,” said Troy Stang, NWCUA president/CEO. Stang said Davis began his work in 2013 and “carried it through the legislative process” until it was approved last year.

“The collaborative spirit and action the credit unions have taken at the Capitol is very unique in the business community. Especially across the Republican and Democratic lines, credit unions are respected and listened to and are seen as working together on issues of importance,” said Davis.

State Rep. Tobias Read (D-Beaverton) was honored for his decade of service in the state House. Read is a candidate for state treasurer.