Bill Spadea, who is a morning talk show host on WKXW-FM 101.5, will talk up his membership at two credit unions and how they have benefited him and his family (The Daily Exchange Feb. 17). Spadea’s testimonials are in addition to the traditional on-air ads. 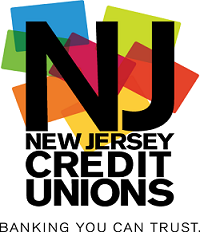 Banner ads will appear on the station’s mobile app, and “Money Tip Monday” also has been added to the lineup.

Mass transportation advertising includes posters at various New Jersey Transit and Port Authority Transit Corp. (PATCO) stations throughout New Jersey and the Philadelphia area. Through Comcast, the television portion of the campaign will be broadcast in 17 cable zones networks that include AMC, Bravo, A&E, SYFY and TLC.

The “Banking You Can Trust” campaign also will be distributed through:

All of the advertising features the statewide credit union “Banking You Can Trust” messaging and leads the public to the BankingYouCanTrust.com website where they can search for a credit union.