WASHINGTON (2/26/16)--The ever-increasing regulatory burden credit unions are subject to was chief among the topics of discussion with thousands of credit union leaders and their elected officials on Capitol Hill this week. As part of the Credit Union National Association (CUNA) Governmental Affairs Conference (GAC), nearly 5,000 credit unions leaders lined up meetings with legislators to discuss credit union issues. 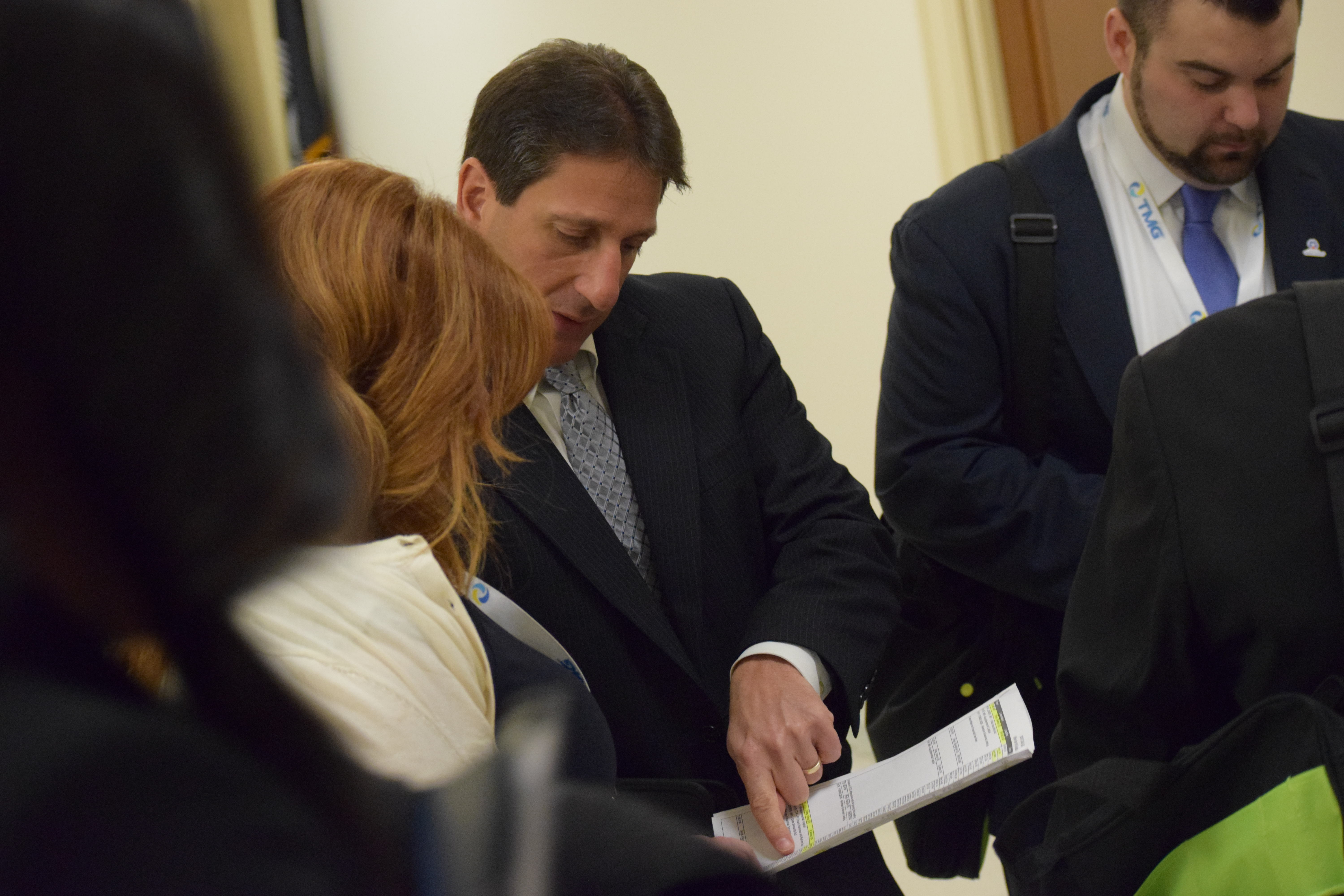 The Maine Credit Union League (MCUL) delegation showed that regulatory compliance costs $75 for every one of Maine’s 651,405 credit union members, while the Credit Union Association of New Mexico showed how each credit union in the state spends roughly $1.122 million annually complying with regulations.

“These are dollars that could be flowing directly to members through lower rates on loans, higher rates on savings, or new services,” said MCUL President John Murphy, echoing the sentiments that were repeated in numerous offices and meeting rooms throughout Capitol Hill during CUNA GAC.

Other groups, such as the Iowa Credit Union League, shared how credit unions connect with their local communities in ways that they need it most. Several credit unions told Rep. Dave Loebsack (D) about their local services to immigrants, including Spanish-language materials and loans to help with the costs of gaining citizenship.

The South Carolina delegation hosted a number of their legislators at the Capitol Visitor’s Center, and came away impressed with the knowledge some legislators already had about credit union burden, particularly Sen. Tim Scott (R), who talked about how important the National Credit Union Administration’s field-of-membership proposal is.

Members of Oklahoma credit unions told Rep. Frank Lucas (R) about the mounting costs that come with data breaches that are out of a credit union’s control, and to add further insult to injury, about how credit unions can’t even notify their members about who and what caused their payment card information to be exposed.

Photos from the a number of Hike the Hill visits are available on CUNA’s coverage of Wednesday at the GAC, as well as coverage of MCUL’s breakfast with their legislators.