CUNA thanks lawmakers with Politico ad

WASHINGTON (3/18/16)--The Credit Union National Association ran a full-page advertisement in the Wednesday edition of Politico thanking 329 members of the U.S. Congress who signed a letter calling on the Consumer Financial Protection Bureau to exempt credit unions from its rulemaking.

Under the banner, “On Behalf of America’s Credit Unions and Our 105 Million Members,” the ad states: “Thank you to the 329 members of the House who have come together in bipartisan fashion to urge the CFPB to make sure its rules don’t prevent credit unions from providing safe and affordable financial products to our members.” 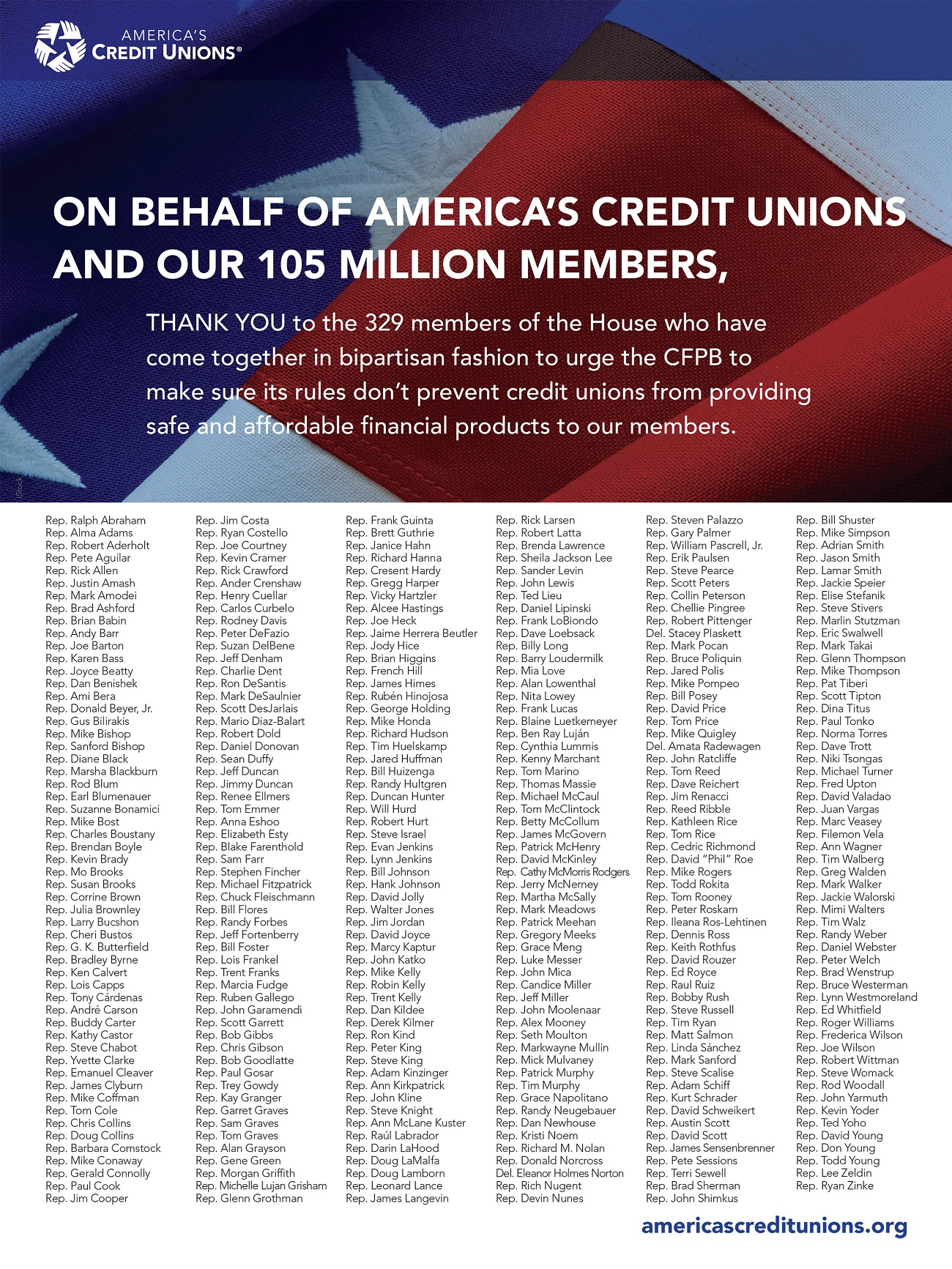 The ad lists the names of the representatives who signed the letter. CUNA also created an online radio ad.

The letter was delivered to CFPB Director Richard Cordray Wednesday. It calls on the bureau to protect credit unions from Dodd-Frank Act regulatory burden. The letter was composed by Reps. Adam Schiff (D-Calif.) and Steve Stivers (R-Ohio), and efforts to collect signatures were led by CUNA, the state credit union leagues and credit unions.

Cordray testified Wednesday on Capitol Hill before the House Financial Services Committee. CUNA President/CEO Jim Nussle issued a statement after the hearing voicing concern that Cordray doesn't fully see that the rules the bureau continues to create are negatively impacting the ability of credit unions to provide diverse product and service offerings to their members, and forcing credit unions to exit certain markets.

Nearly 75% of congressional leadership signed the letter, including the chairs of 17 committees.