Marathon moment for CUs Kids at Heart team

The Credit Unions Kids at Heart Team (CU K@H) recently presented a $400,000 donation to Boston Children's Hospital, just a few days prior to the 120th running of the Boston Marathon.

Nineteen CU K@H Team members competed in the race as part of this year's fundraising effort. The team's donation is the third installment in a four-year pledge to Boston Children's Hospital to fund pediatric brain research projects including the search for treatments, therapies and cures for brain tumors, Moyamoya disease, Sturge-Weber syndrome, and cerebral palsy. 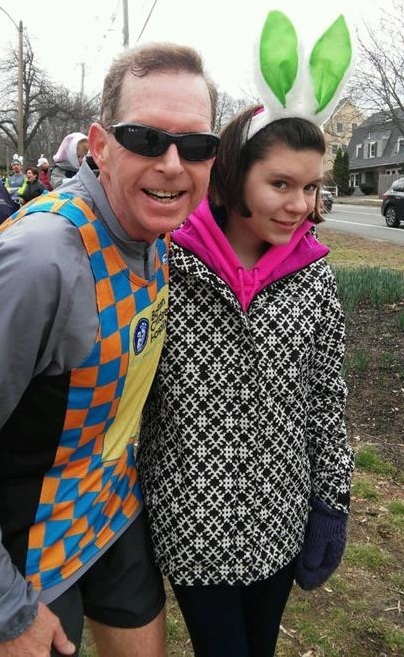 The research is used by pediatric hospitals and other care centers from all over the world.

The Boston Marathon is a “qualifying-time” event with a limited number of runners' bibs made available to charitable organizations. The CU K@H Team has run for Boston Children's Hospital for 17 consecutive years. Each year, runners are paired with Boston Children's Hospital patient partners, many of whom are challenged to overcome debilitating diseases. Their partnership inspires an ambitious training and fundraising regimen that is encouraged and supported by the credit union community.

The CU K@H Team also consists of more than 50 participating credit unions and several of their business partners. Jane Melchionda, president/CEO for Eastern Corporate FCU (EasCorp) in Burlington, Mass., formed the team as a way to leverage the impact of credit union charitable efforts and to provide greater visibility for credit unions in the process.

Since it was formed in 1996, the team has donated $5 million to Boston Children's Hospital to fund a variety of special research projects, ensuring foremost that no portion of donations is withheld for administrative purposes.

“With the help of the Credit Unions Kids at Heart Team, scientists and physicians at Boston Children's continue to push the boundaries of medicine to provide the best possible care for kids and they are transforming the fight against brain cancer, Moyamoya disease, Sturge-Weber Syndrome, and Cerebral Palsy on a daily basis,” Melchionda wrote in a recent letter to EasCorp's members encouraging additional credit union participation. “Through our team, the credit union community's compassionate and dedicated philanthropy is making a lasting impact on the world."