The Illinois Division of Financial Institutions has honored the memory of former Illinois Credit Union League CEO Dan Plauda with a plaque dedication.

The posthumous dedication recognizes Plauda’s contributions and service to the credit union community. 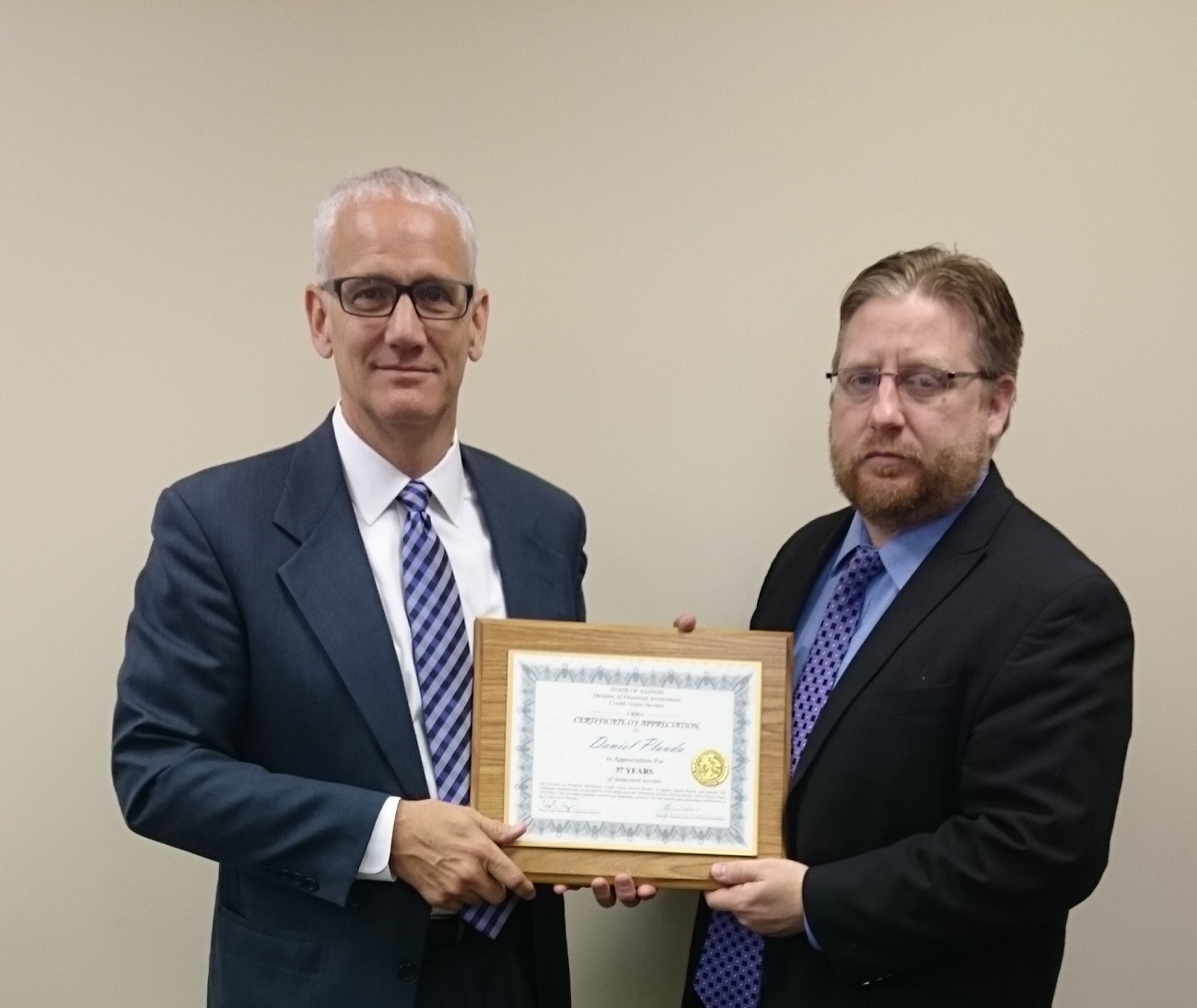 The league announced the establishment of the Illinois Credit Union Foundation’s  (ICUF) Dan Plauda Memorial Fund to honor the memory and valued contributions of Plauda.  As league CEO, he chartered the ICUF in 1978 to provide monetary assistance to credit unions for education and products, establishing it as a 501(3) charitable organization to benefit the needs of small credit unions throughout the state. Plauda served as a mentor to the foundation board during his tenure as league CEO.

As of 2016, the ICUF disbursed more than $3 million in scholarships, community service grants, peer assistance, and emergency and natural disaster aid.

“I had the honor of working with Dan for over 36 years and his commitment to the credit union movement never faltered,” said Vicki Ponzo, ICUF executive director. “The Illinois Credit Union Foundation is Dan’s legacy to ensure that credit unions have the necessary resources to serve their members and communities.”