The Data Security Act of 2015, which has strong bipartisan support, would require a national data protection standard for all entities handling sensitive consumer information, as well as enact a notification standard in the event of a breach.

Specifically, the bill would: 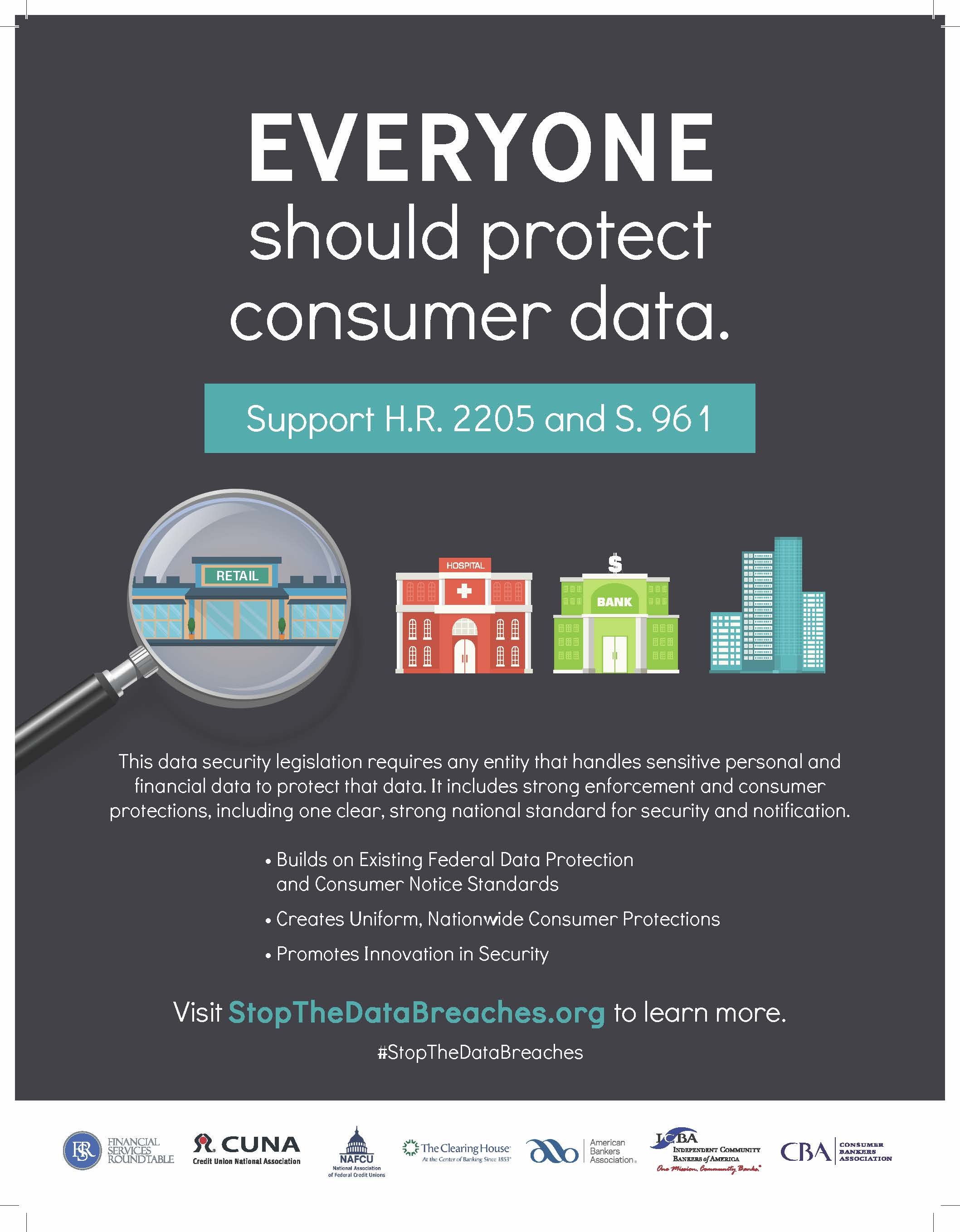 CUNA and the other organizations are encouraging members to contact their elected officials through email and social media (using the hashtag #StopTheDataBreaches).

Both The Hill and American Banker made note of the campaign's launch Monday.

CUNA first launched the Stop the Data Breaches in April 2015, which resulted in more than 33,000 messages sent to members of Congress in the first month.