CUs back 2 candidates in competitive Ga. primaries

Several credit union-friendly candidates in Georgia are on the ballot in today’s primary elections. Candidates in two of the competitive races have the support of Georgia Credit Union Affiliates (GCUA), as well as the Credit Union Legislative Action Council (CULAC), the political action committee of CUNA.

In Georgia’s 9th Congressional District, CULAC has made its first partisan communication of the year in support of Rep. Doug Collins (R), who is being challenged by four candidates. Collins is a major credit union supporter.

CULAC, GCUA and local credit unions have sent 30,000 mailers to credit union households in the district. 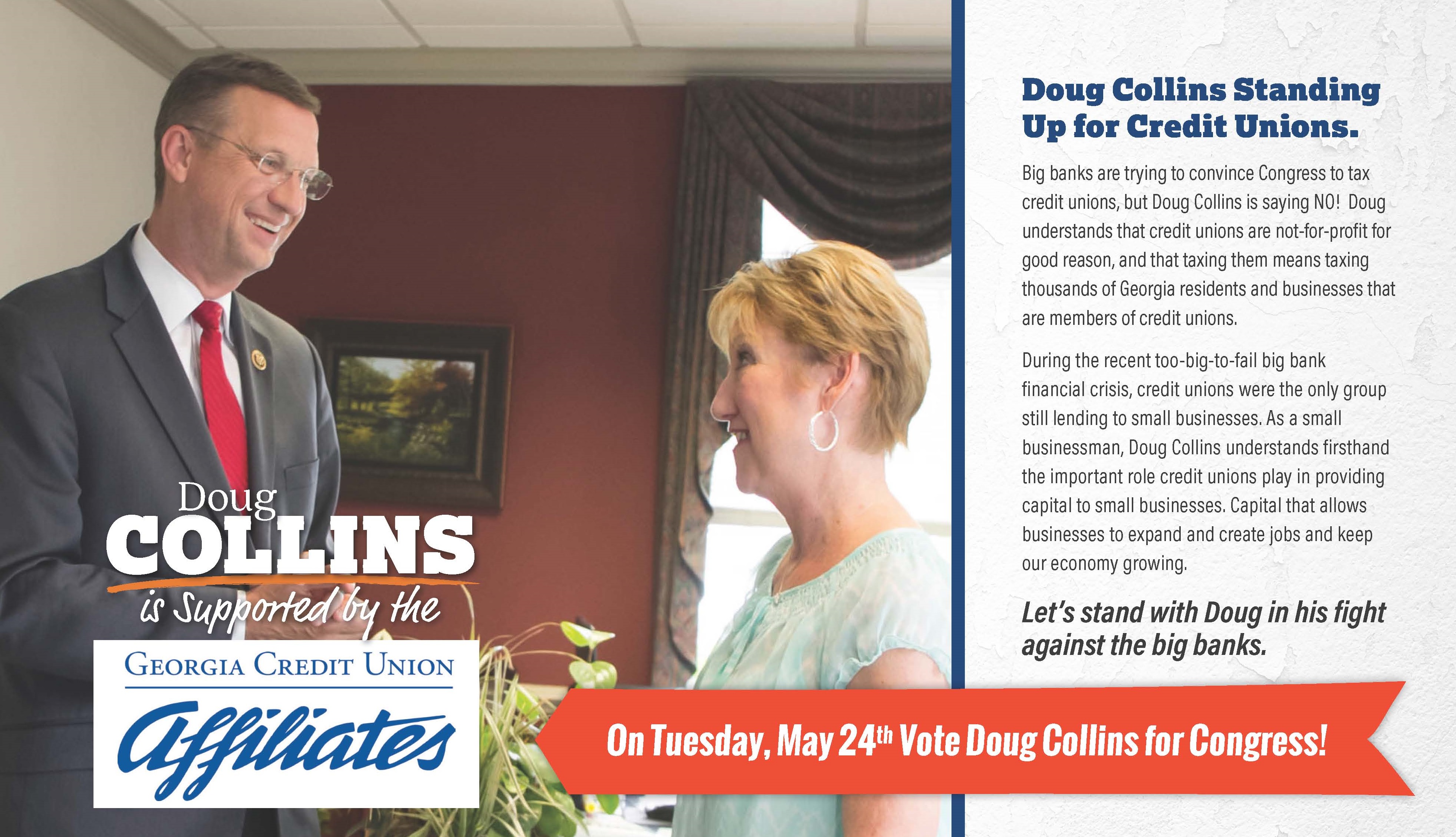 The state’s 3rd Congressional District seat will be left vacant in November with the retirement of Rep. Lynn Westmoreland (R). Drew Ferguson (R) has credit union and league support in that primary race.

Ferguson, past mayor of West Point, Ga., is in a seven-way primary contest today.

Under Georgia law, if a primary candidate does not receive 50% of the vote, the top two finishers will face off in a July 26 runoff election.

The results of today’s races will be the subject of the first “CUNA Election News” emails of this election season. Sign-up is available here for email updates on credit union-friendly candidates throughout the primary and general election season.