One credit union-friendly candidate saw victory in Tuesday’s Georgia primary, while another tied an opponent and will head to a runoff election. Both candidates have the support of the Georgia Credit Union Affiliates (GCUA) and CUNA’s political action committee, the Credit Union Legislative Action Council (CULAC).

Collins has the strong backing of GCUA and CULAC, who supported him with a partisan communication, the first one of this election cycle. More than 30,000 mailers were sent to credit union households in the district. 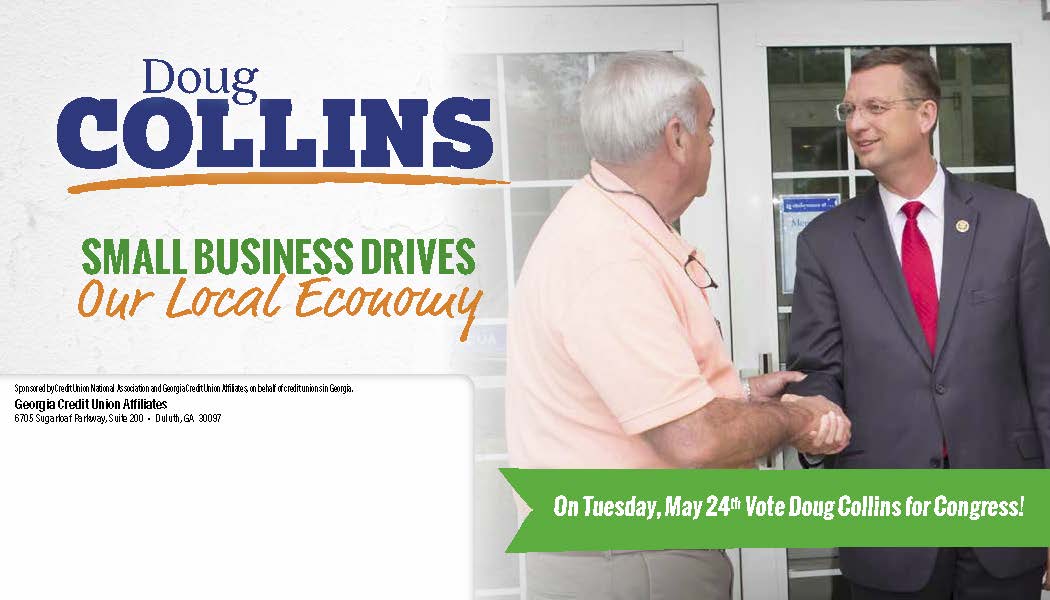 In the 3rd Congressional District, credit union-backed Drew Ferguson tied state Sen. Mike Crane in the Republican primary with 27% of the vote. Ferguson is the former mayor of West Point, Ga.

The race is to fill the seat that will be left vacant by the retiring Rep. Lynn Westmoreland (R). Under Georgia law, since neither reached 50% of the vote, Ferguson and Crane will face off in a July 26 runoff election.