The Richard Myles Johnson Foundation recently rolled out an app for its successful Bite of Reality program. The app--believed to be the first of its kind for a credit union-sponsored reality fair program--modernizes Bite of Reality, making it more relatable to young people.

“No longer will the kids have to carry around a packet of paper,” said Tena Lozano, executive director of the RMJ Foundation. “Instead, they will track their transactions on their phones. At the same time, they'll still have the crucial interactions with the volunteers, navigating the hard sales environment that is key to the reality fair.” 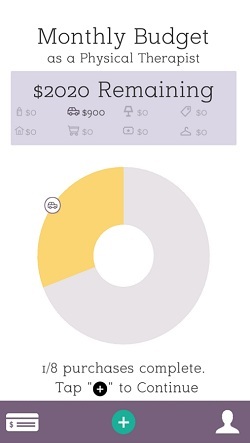 The Bite of Reality program, which launched in 2012, provides young people with a "real-world" test drive complete with a job, money, and the freedom to make their own financial decisions. The teens are given a fictional occupation, salary, spouse and family, student loan debt, credit card debt, and medical insurance payments.

They visit stations to "purchase" items such as housing, transportation, food, clothing, household necessities, and daycare. Those staffing the "credit union" station provide much-needed assistance when some overspend. The program has reaching more than 15,000 students in both states; more than 7,000 students so far in 2016 alone.