Facility is the ‘ultimate expression of the Starbucks brand.’

America’s Credit Union Conference attendees got the “Willy Wonka” of all coffee experiences during a two-and-half-hour tour of the Starbucks Reserve Roastery & Tasting Room Tuesday afternoon.

The facility roasts 599,000 pounds of coffee each year for 2,000 stores in 30 countries and is considered “the ultimate expression of the Starbucks brand,” says Major Cohen, senior project manager for coffee engagement at the coffee company. 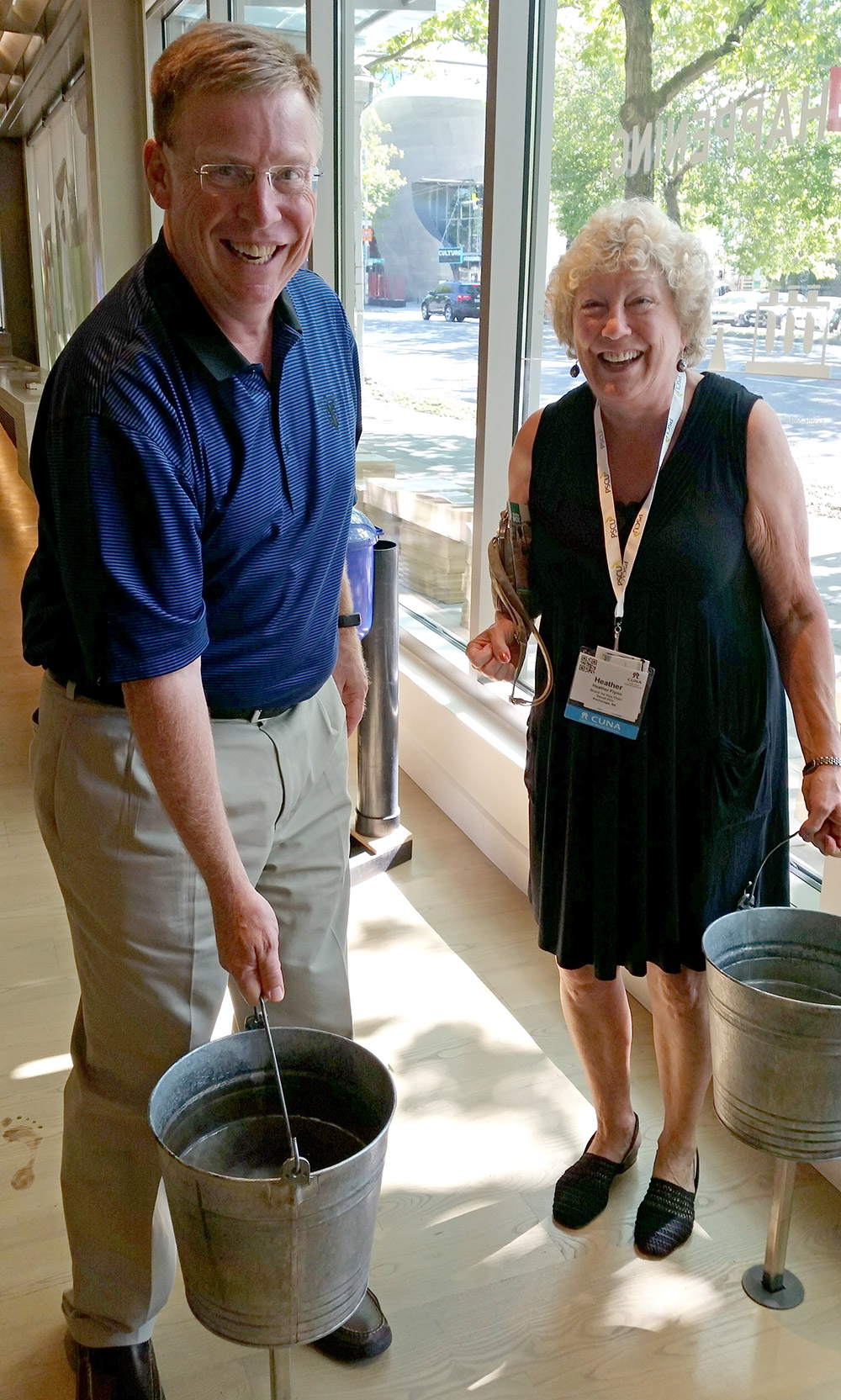 Click image to enlarge. On their visit to the Gates Foundation, John Graham, Kentucky Employees CU CEO, and Heather Flynn, Denali Federal CU board member, lift water buckets similar to those used by many rural villagers around the world to access distant water sources.

The Starbucks tour was one of two experiential learning breakout sessions on Tuesday. The other enabled attendees to visit the Bill & Melinda Gates Foundation.

During the Starbucks visit, participants broke into three groups to learn about coffee roasting, tasting, and the brewing process.

Prior to visiting the facility, participants explored their own version of brand magic during a group discussion.

“When I started out in marketing, ‘branding’ was your logo and maybe your ads,” says Amy Nigrelli, CUNA’s chief marketing and technology officer. “Today, it’s the culmination of your experience and relationships. It can be multisensory.”

Credit unions have a great story, she adds, which makes branding much easier. “There’s probably a story about how your credit union started and how you serve members today," Nigrelli says. "That’s a great advantage.”

The Bill and Melinda Gates Foundation awards more than $4 billion annually to address issues with major impact such as sanitation, family planning, and access to secure digital financial services and credit.

The foundation, which the Microsoft founder and his wife started in 2000, focuses on efforts that promote prevention and sustainable systems, not just acute treatment of problems.

Investor Warren Buffett gives the foundation $2 billion annually, under the stipulation the money be given away that year. The Gates’ endowment provides the other $2 billion in yearly awards.

Below are some photos from the tours.