A group of 11 representatives from one of Ecuador’s largest credit unions recently traveled to Indiana to learn about how credit unions work in the United States.

The visit, coordinated between the Indiana Credit Union League and World Council of Credit Unions, was a follow-up to the league board and management meeting with World Council President/CEO Brian Branch during the CUNA Governmental Affairs Conference, as well as the efforts of league board treasurer Dallas Bergl, who serves on the CUNA board and its World Affairs Committee. 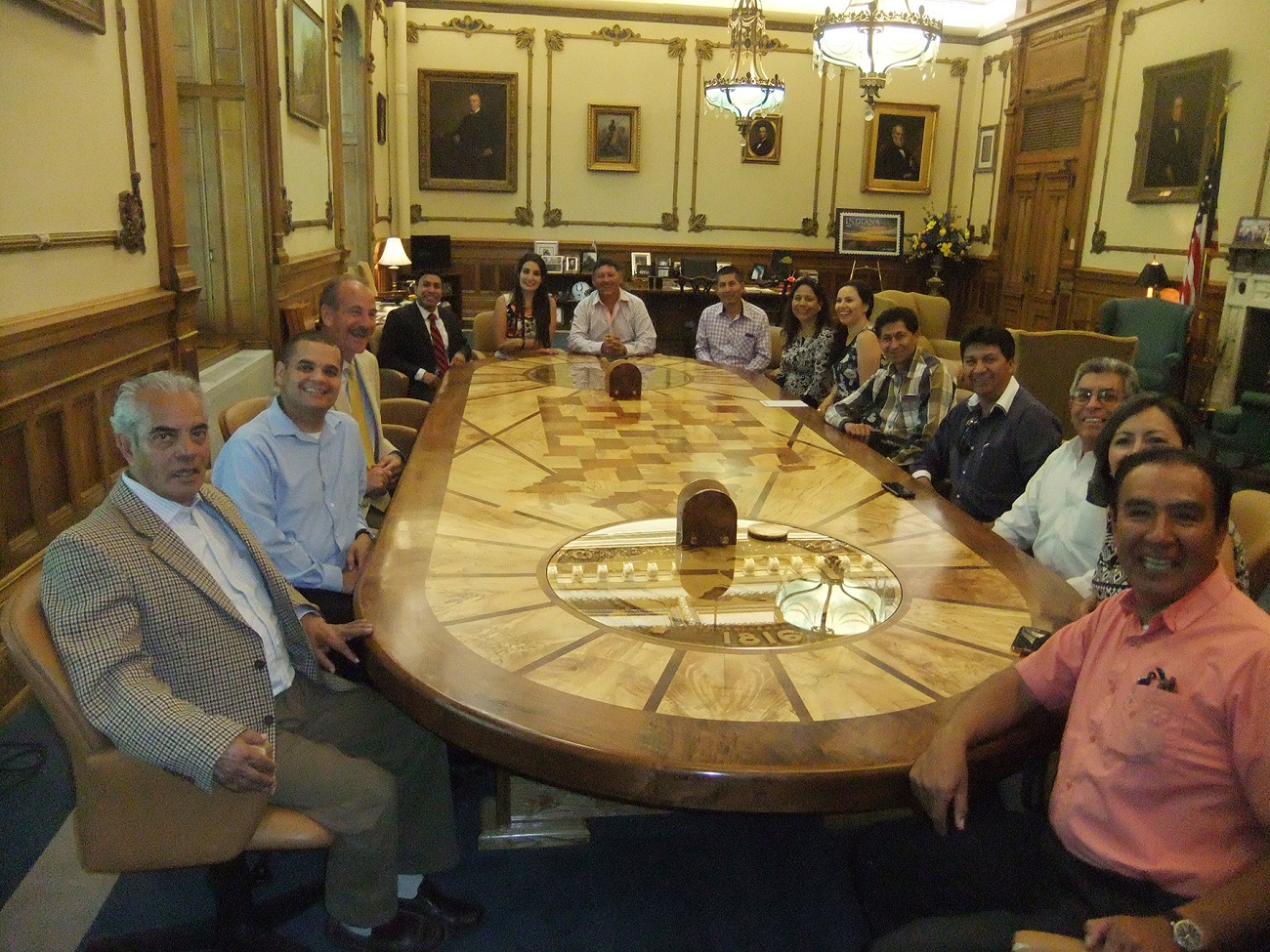 Click image to enlarge. As part of the Ecuadorian credit union’s three-day visit to Indiana, the league arranged for a visit to the Statehouse, including a visit to the governor’s office with senior staff.

The delegation from COPROGRESO CU included members of the board of directors and supervisory committee at the $350 million asset Unión de Crédito. The Indiana League served as host throughout the visit.

“We were thrilled to be able to host this group and show them the credit union version of ‘Hoosier Hospitality’ while serving as an educational resource for their credit union leadership,” said Indiana League President John McKenzie. “As part of the trip, the group toured the league office, four credit unions in Indianapolis and Elkhart as well as the Indiana State Capitol building. During the visits to the league and credit unions, dialogue revolved around PowerPoint presentations (in Spanish) with very productive exchanges of information.”

“INOVA was honored to be able to exchange ideas with our colleagues from Ecuador,” said Bergl, CEO of INOVA FCU, Elkhart, one of the credit unions that hosted the Ecuadorian group. “Our entire executive team took a few hours to discuss the interworkings of our credit union and to learn about how we are similar and how we differ from a credit union in Ecuador.”

The trip was organized as part of World Council’s International Training Program, which provides opportunities for credit union representatives worldwide to come to the United States to learn more about the products and services offered by American credit unions, consumer behavior and the fine points of member recruitment, retention and overall service.