World Council of Credit Unions welcomed more than 1,700 people from 55 countries at the Belfast Waterfront Convention Center in Belfast, Northern Ireland for the the 2016 World Credit Union Conference.

Participants heard from world-class speakers, networked with colleagues from around the globe and learned from top industry experts on topics such as young adult membership growth, advocacy, operations, leadership and development, and emerging trends. 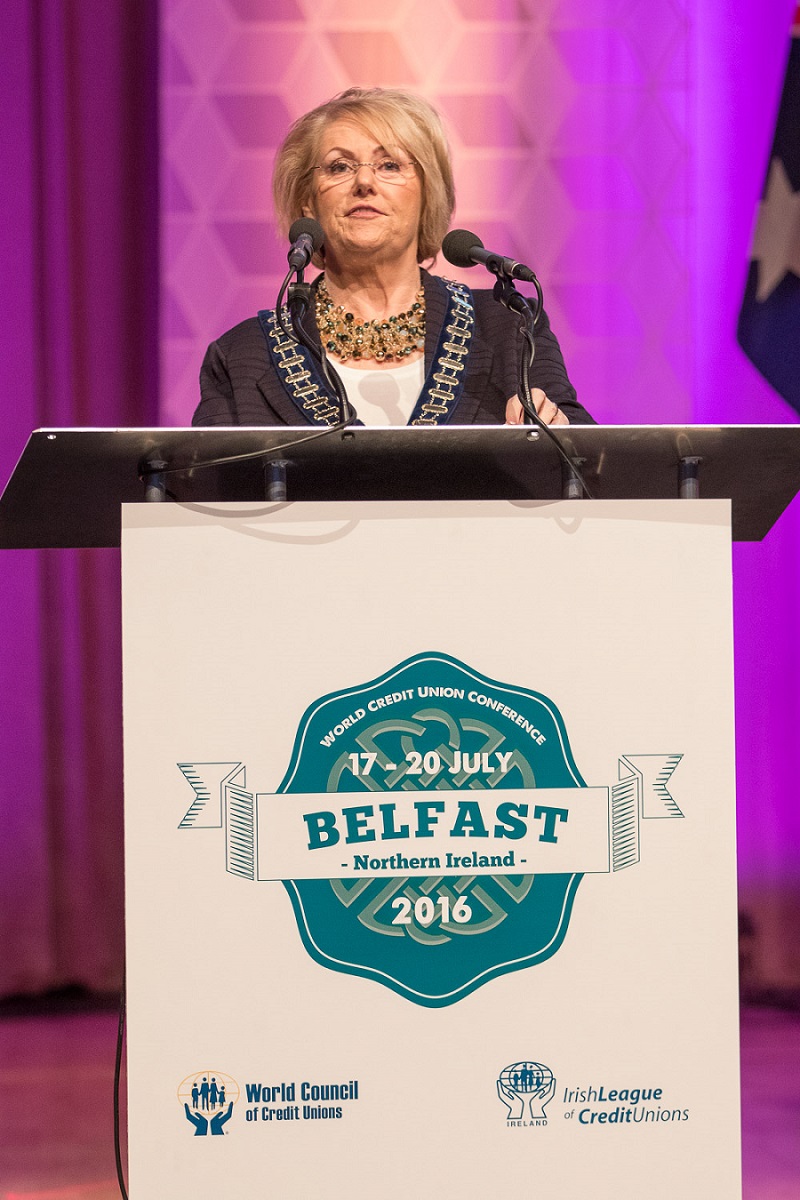 The conference opened an international flag parade, in which flag bearers carried their countries' flags onto the stage. The audience also watched a performance of an Irish river dance followed by a gospel choir that encapsulated the spirit of the credit union movement and set the scene for the coming days.

A native of Ireland, Cochran addressed the attendees in her native tongue wishing them a “Céad míle fáilte. Cochran’s speech talked about some of the challenges faced by the credit union movement, stating that “together there are no obstacles we can’t overcome.”

"A crucial part of a credit union's success is the passionate support of the credit union professionals worldwide, and by being here you are strengthening your commitment to the movement," said Cochran. "We exist for one purpose--to financially empower and enrich the needs of our members around the globe."

Irish Minister of Finance Máirtín Ó Muilleoir was a guest at the event. He spoke of two aspects which make the credit union movement different: ambition and solidarity. He went on to highlight how Irish credit unions inspire people and bring them together, helping to move the social landscape forward from the “peace process to the prosperity process.”

Irish League of Credit Unions President Brian McCrory praised the global credit union system. "Our diversity is our strength, we are a global movement that is an answer to globalization. Every credit union in every part of the world is an essential part of their community,” McCrory said “We are community activists and community leaders.”