The new CU in town

'We don’t just meet people at the door, let them open a checking account, and roll on.'

Opening a branch in a new town can be a daunting task.

But that’s exactly what $1.1 billion asset Commonwealth Credit Union did, and it has built the relationships necessary to make the branch thrive. 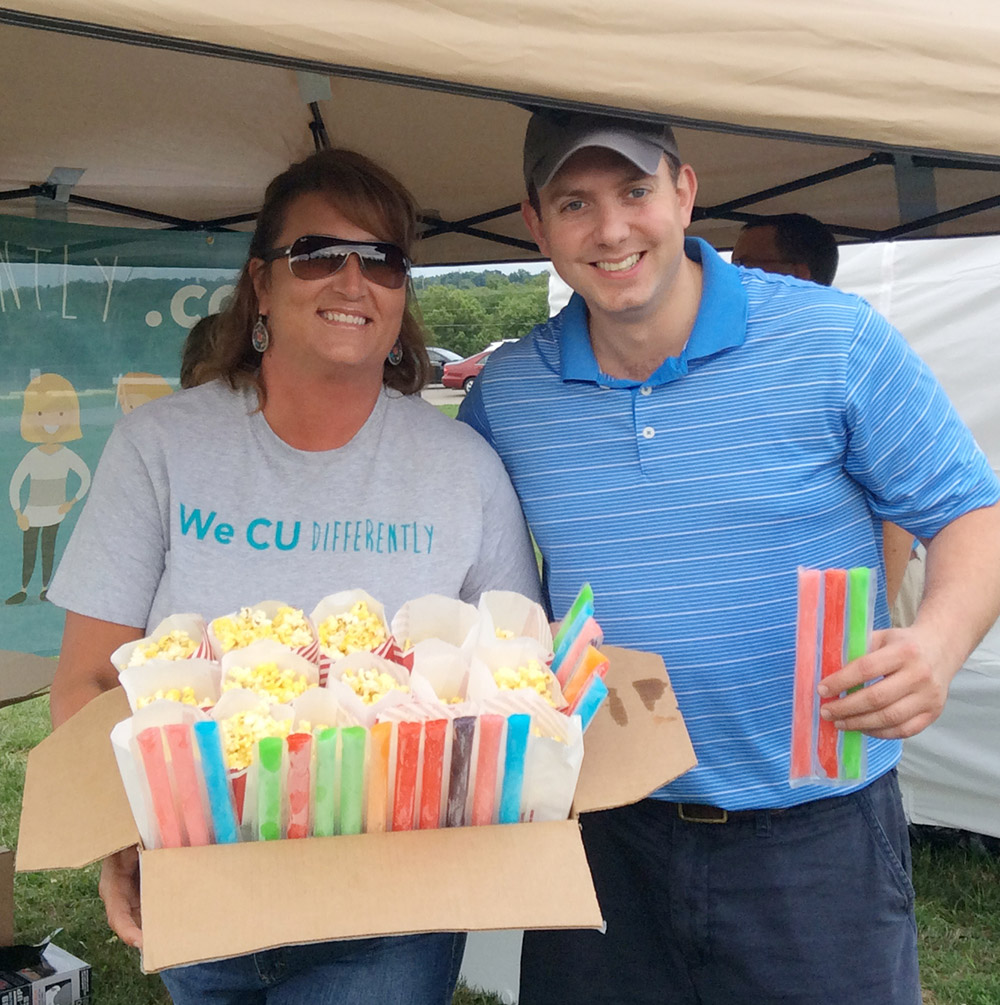 Click to enlarge. Kimberly Durrum and the Commonwealth CU team played an active role in the Georgetown, Ky., community when it opened a branch there in 2013. The CU hosted a movie night, visited local schools and businesses, and sponsored free monthly concerts.

“We don’t just meet people at the door, let them open a checking account, and roll on,” says Kimberly Durrum, assistant vice president of branch services. “We take the time to develop true relationships. That’s our key to success.”

Georgetown, Ky., is a tight-knit community of 32,000 people. With 7,000 workers, the largest employer is the Toyota manufacturing plant and the only credit union in town is the one for plant employees.

With its headquarters 20 miles away in Frankfort, Ky., when Commonwealth decided to open a new branch in Georgetown, it faced an uphill battle, including having to overcome the perception that credit unions are limited in scope and open only to certain people.

“We had to break that thinking. It took a lot of education,” Durrum says.

The branch in Georgetown opened in June 2013 with a bit of a slow start. But in 2015 it earned the “President’s Cup,” an internal award the credit union gives to the branch that exceeds all 21 of the branch goals set for the year.

“We were the first branch ever to achieve a ‘high superior’ in every category we’re reviewed on,” Durrum explains.

Such success stems from getting involved in the community, which Durrum’s team began doing months before the branch opened for business.

As she got to know people in the branch’s first year, Durrum was asked to serve as vice president of the local Chamber of Commerce membership committee. She was then elected to the Chamber’s board.

Durrum has been active in this type of process many times before, ever since Commonwealth opened its first branch outside Frankfort in 1997. The credit union now has 11 branches in seven communities.