CU ranks fifth in awareness among the state’s financial institutions.

His passion for sports means that if you’re looking for Casey Carlson outside of work, chances are good you’ll find him at a baseball game.

But unlike the “Mighty Casey” of Mudville fame, this marketing executive doesn’t strike out—he hits them out of the park. 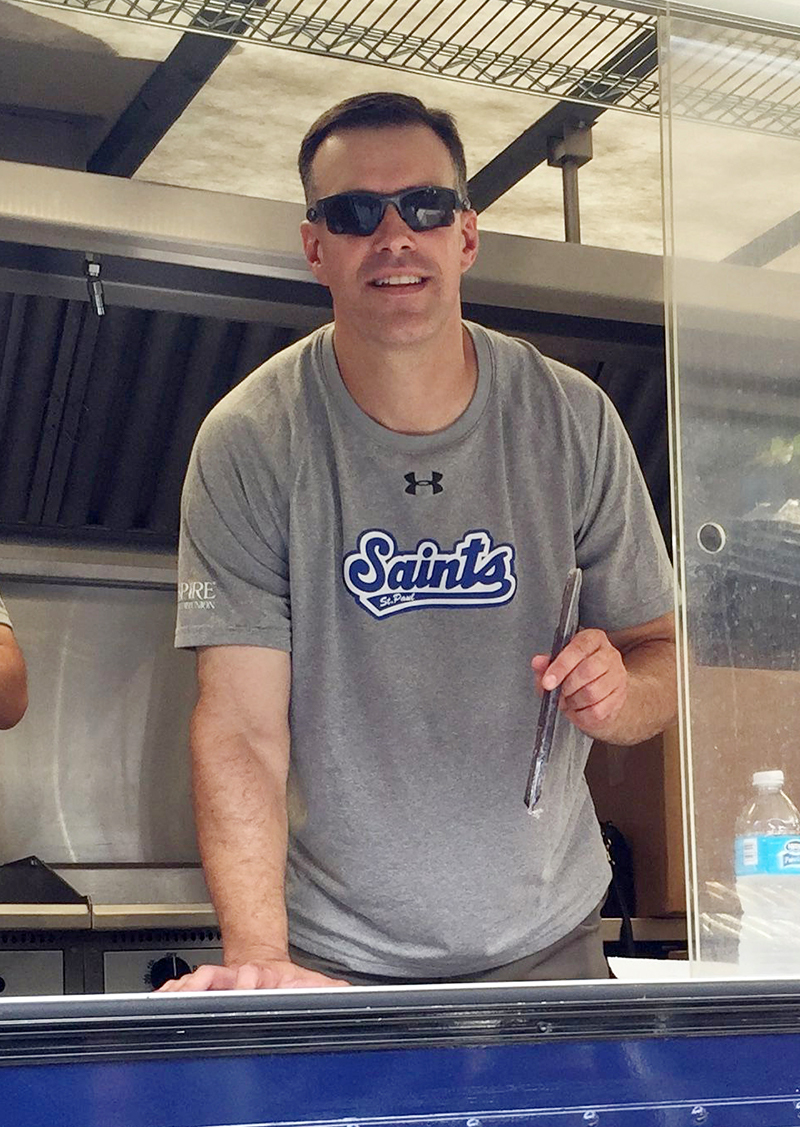 Click to enlarge. Casey Carlson incorporates his love of sports into everything he does, whether it’s manning the new SPIRE CU food truck at St. Paul Saints baseball games or participating in a Season of Giving event with NBA player Ricky Rubio.

Take, for example, the rebranding initiative in 2008 that changed the name of Twin City Co-Ops Federal Credit Union to SPIRE Credit Union.

“Casey was the instrumental force behind the project,” says Bridget Petersen, market vice president of community outreach for the $780 million asset credit union. “He went to bat for the name change with the senior management team. As a direct result of Casey’s efforts, we have received local, state, and national recognition.”

Carlson has spent his entire credit union career with SPIRE, starting as a teller and moving through the ranks to his current job as marketing vice president. What amazes him most is how quickly the time has passed.

“I have been in the credit union industry for 22 years and worked with some of the most incredible people,” he says. “It seems like it just started yesterday.”

Carlson incorporates his love of sports into everything he does, personally and professionally. As a result, SPIRE has forged strategic partnerships with several Minnesota sports teams over the years, including a multiyear partnership with the Minnesota Timberwolves basketball team.

Despite his success, Carlson is not above completing any task.

“When Casey isn’t in senior management meetings, he’ll be helping to clean out the store room or count promotional products,” says Petersen. “He is never afraid to roll up his sleeves and get in the trenches with his team when needed.”