Grow and keep your top IT talent

As competition for tech-savvy staff increases, explore these 4 develop-and-retain concepts.

The concepts of developing and retaining information technology (IT) employees go hand-in-hand. If you want your IT people to stay, you must give them opportunities for professional growth. If you want them to be worth keeping around, you need to make sure they continually get better at what they do.

Yet many leaders believe retention and development work at odds with each other—that if your IT people learn new skills, other employers will lure them away.

“The question that arises is, ‘What if we train our IT staff and they leave?’” Atkins says. “The right response is, ‘What if we don’t train them and they stay?’ Your credit union won’t get far that way.”

Brian Kidwell, executive vice president at D. Hilton Associates, echoes this sentiment. Consumers judge an organization’s strength and stability by the caliber of its technology, he says.

“They’ll look at the quality of your website and your technology services,” he says. “Without quality talent to drive your organization’s technology, you re done-for in the marketplace.”

Retaining top-notch IT talent is a growing challenge. Credit unions compete for employees not just against other credit unions and banks in their geographic area or peer group, but across the workforce spectrum.

“One of the challenges for credit unions,” Kidwell says, “is that as they’re growing and thriving, and as consumers demand more technology, credit unions are looking for IT people with the same skill sets all industries are looking for. That means much more competition for talent.”

That makes it increasingly critical to retain and develop the IT talent you already have, according to credit union leaders who shared four pillars of their retain-and-develop strategy.

Each month, Atkins also sits down to breakfast with four or five employees, chosen randomly, “to make sure they feel I know who they are,” he says, “and that we value their work contributions.”

That kind of culture goes far in retaining IT staff, Atkins says. Competitive compensation is critical, to be sure. But “people don’t stay just for the money,” he says. 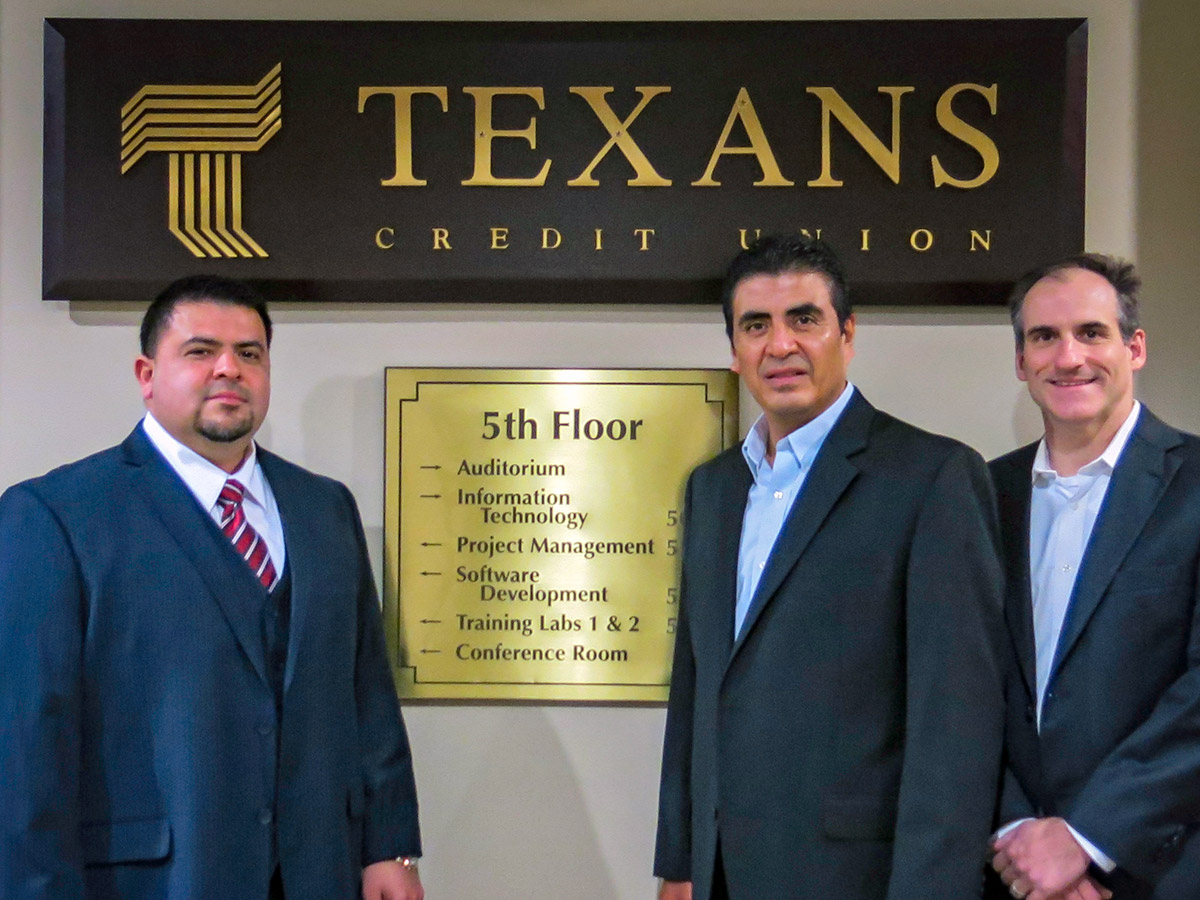 Charlotte Morrison, chief information officer at $1.5 billion asset Texans Credit Union in Richardson, Texas, shares that view. When it comes to someone’s decision to stay, making less money “demotivates them only if everything else about the job isn’t right,” she says.

One retention strategy Morrison has found successful is eliminating silos in her department. At department meetings, “everyone hears about everything going on—with the networks, servers, security, project management, software support—because it’s all interrelated,” she says.

For instance, based on the exchanges in these meetings, an entry-level employee becomes equipped to make an educated decision to pursue networks or security down the road.

“We’ll even create new job descriptions if necessary,” she says, “to stair-step people to get where they want to go.”

When employees work within that kind of culture, they envision a future for themselves at the credit union, boosting the odds they’ll stay, Morrison says. But it works both ways: The employee also must fit the organization’s culture. Credit unions can assess that fit up front at the hiring stage, Morrison says. Indeed, retention starts there.

When meeting with prospective IT employees, she tries to determine if they’re service-oriented and know how to work with a team. When she raises such topics in interviews, “If we get these blank looks,” she says, “then we know they won’t fit our culture and they’re not going to survive here.”

At Texans, all employees have individual development plans that spell out that person’s career path, goals to attain, and new skills to learn along the way. The employee and his or her manager collaborate to draw up the plan.

Morrison views these development plans as an important tool for career development and retention.

“It helps employees stay engaged,” she explains. “They know they have a path, and they know their managers are listening to what they want to do and where they want to go.”

That requires an investment in formal training, such as obtaining certifications, as well as ample opportunities for what Rafiq calls “self-education.” In credit unions, IT people learn a lot by collaborating with each other, he says.

“One way they learn is by trial and error,” he explains, “and then they come together in forums to learn from each other’s trials and errors.”

Technology training is only part of the career development picture, Kidwell says.

He advises credit unions to send their IT professionals to programs such as CUNA Management School and CUNA Councils’ conferences to learn leadership skills and “how operations, lending, finance, and so on all work together to make a great organization,” he says. “IT is at the center of it.”

NEXT: Build a rewarding work environment