Financial Reality With a Human Touch 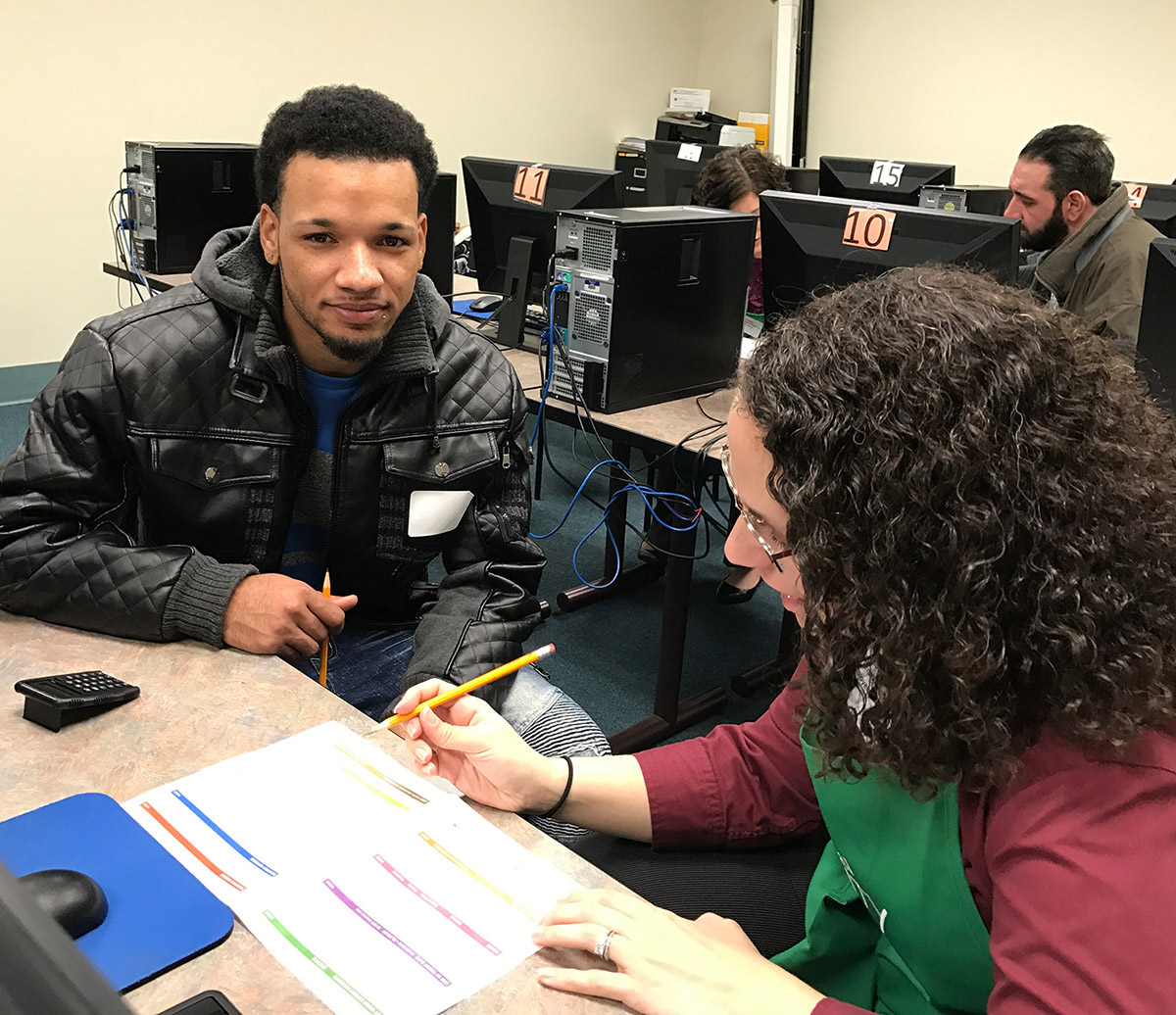 Click to enlarge.  A participant receives budgeting assistance during the financial reality fair.

The fairs are hands-on learning programs designed to give attendees a real-life experience in money management and budgeting. Attendees begin the fair with a salary and credit score, and sometimes debt. Then they must build a balanced budget that supports housing, transportation, food, and other expenses.

The foundation modified the event to fit a reentrant’s lifestyle.

Through her contacts with the state, Christina Mihalik, Pennsylvania Credit Union Association vice president of government relations, played an instrumental role in organizing the event, along with foundation Executive Director Kathleen Fey.

“It started as a dialogue with the Department of Corrections,” Mihalik says. “With credit unions’ focus on education, we were a natural fit to modify this template to incorporate challenges and opportunities this population might encounter. It was such a success. Everyone learned something that day.”

Participating credit unions’ enthusiasm helped make the day a success. “It was a situation that could have created some discomfort, but everyone involved went out of their way to make the reentrants feel welcome and help them be successful in the next phase of their lives,” Fey says.

“A flexibility in the template allows us to adapt it to different audiences,” Mihalik says. “But just as important, bringing these fairs to different audiences really creates awareness with lawmakers, public officials, and communities. It reinforces the role credit unions play in those communities and how unique we are in the services we provide.”