Choosing a new core processing system is a daunting task.

But Long Beach (Calif.) City Employees Federal Credit Union significantly improved the experience by using a scorecard that measured various providers’ strengths and weaknesses in relation to the needs, mission, and strategic goals of the $307 million asset organization. 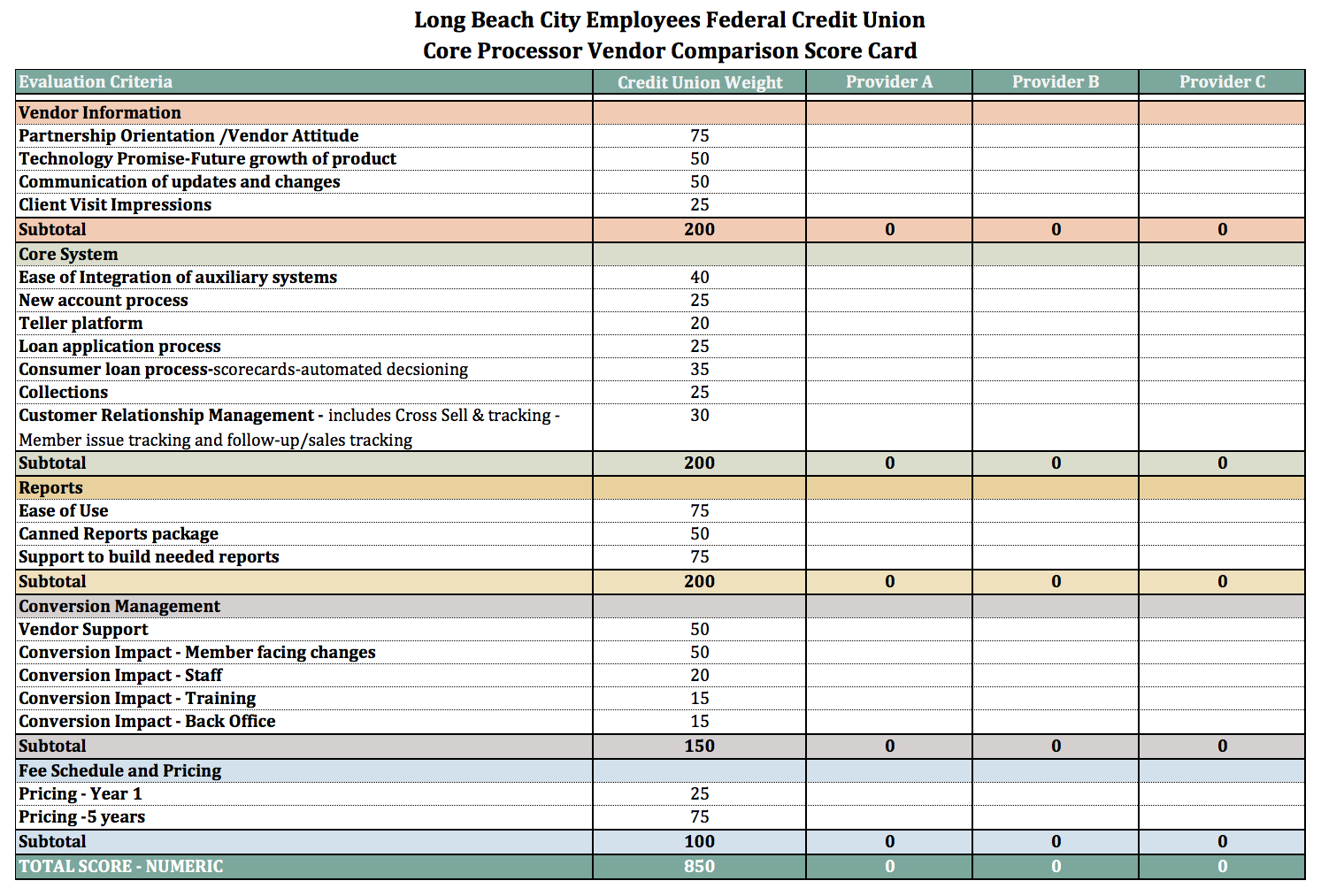 “This was a tool upper management brought to us,” manager of administration Kelly Fair says. “It takes a lot of time to see the demos, conduct site visits, and all of the other commitments that go into a conversion. We wanted to make sure that we could agree on the factors that went into the decision.

“We went back and evaluated each of the potential new core systems in the same way so there would be no bias—so we were really choosing a provider for the right reasons,” she adds.

The credit union created two other documents to complement the scorecard: 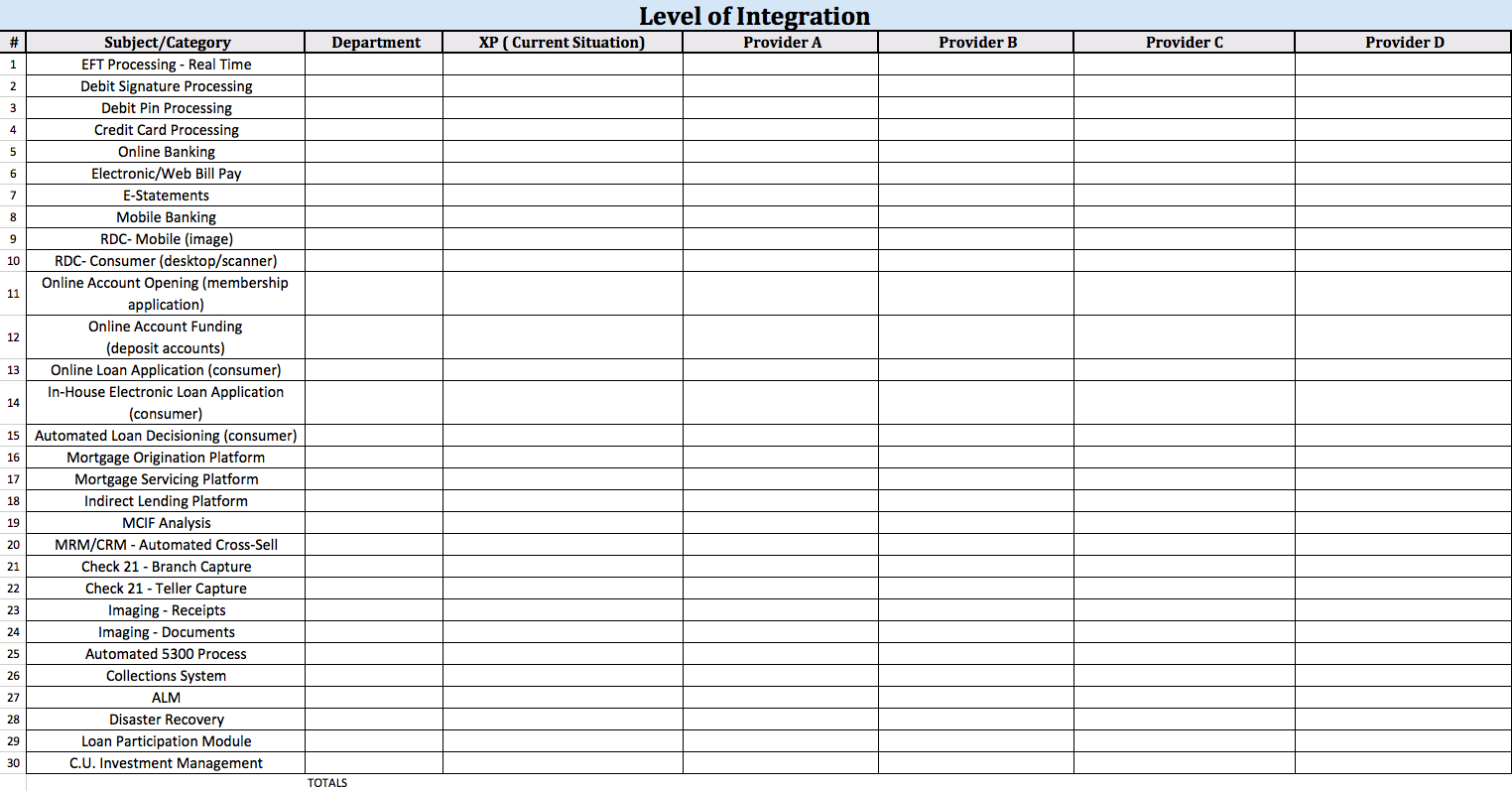 “As went through each demo, we wrote down functionalty we liked or didn’t like, and we did the same with our current system,” Fair says. “If we had an issue on our current core, we’d put that on the list and ask, ‘How would you handle this?’ That was nice, because several things came up. We also would go back to each core and make sure they answered each question.”

As is the case with many credit unions burdened by outdated technology restrictions—particularly small and midsize operations—converting to a new core processor was all but a necessity for Long Beach City Employees.

“Our new CEO [Kathleen O’Connell] has made a lot of changes to bring the credit union into the 21st century,” Fair says. “The issue was that everything is a plug-in, so anytime we wanted to add a feature it’s another bill. We had a lot of things we wanted to roll out, but couldn’t, because it was cost-prohibitive.”

“We didn’t want our front-line staff to have to bounce between so many systems to find information or perform tasks when they could better spend that time interacting with the member,” Fair says.

“We only have 23 employees, so we’re all spread thin already. Putting a core conversion on top of that is a tall order,” Fair says. “We hired DaLand and they’ve been so instrumental in this heading toward a successful conversion. They know exactly what questions to ask and what can go wrong, so they prepared us.”

On its scorecard, Long Beach City Employees most heavily weighted vendor philosophy and responsiveness, and a system’s ability to generate reports even for someone without information technology experience, according to Fair.

“We signed with Corelation and will convert in November,” Fair says, noting a chief selling point: “If they create something for one credit union, they push it out to all credit unions. That’s huge for us, because we’re healthy as far as assets go but careful about spending members’ money. We want to make sure we have access to everything we want right out of the gates, so there’s no need to purchase additional plug-ins or modules.”