CUs in Ukraine are entering the advocacy arena to better serve members.

In the U.S., our advocacy goal is to improve the operating environment for credit unions through the removal of regulatory barriers and the enhancement of credit union powers.

We pursue this goal knowing we must also preserve our favorable tax treatment, which has a multiplier effect on the impact of the credit union difference. 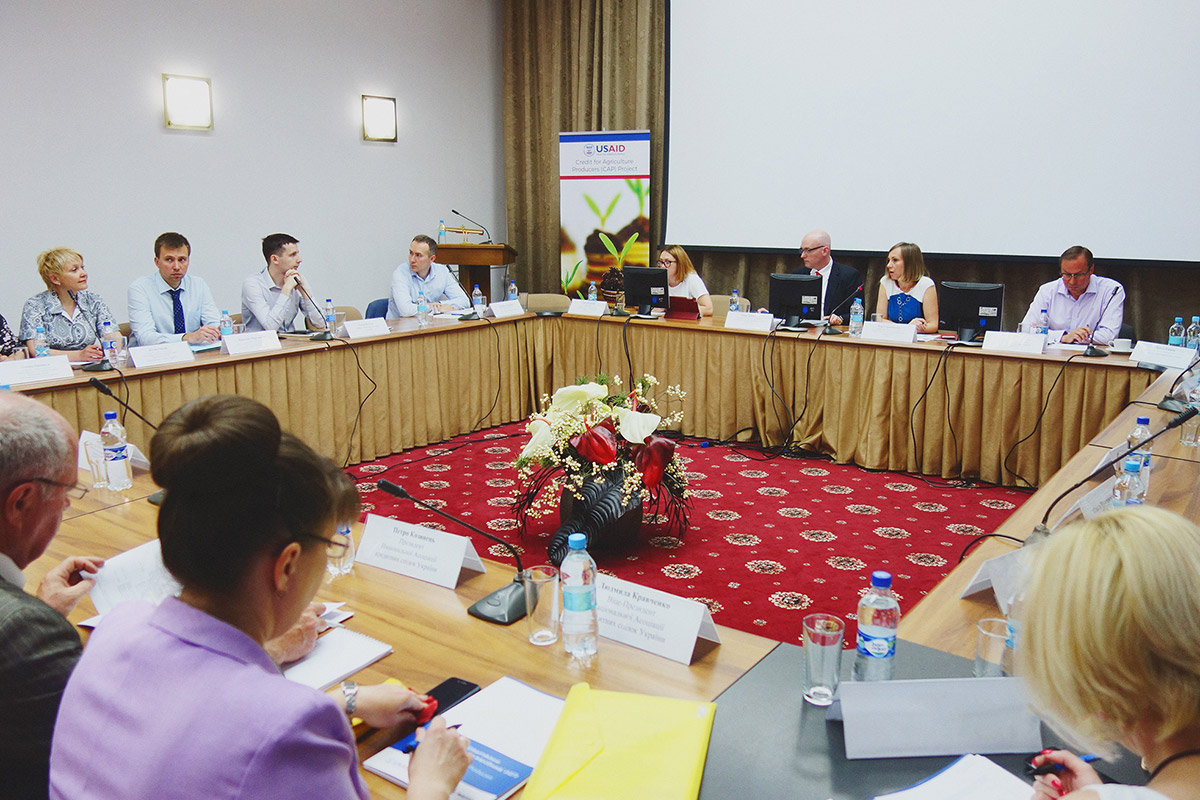 Click to enlarge. Lightbulbs went off when a contingent of Ukrainian government and CU officials discussed U.S. CUs’ tax treatment during a taxation roundtable. Government officials began to understand that the benefits CUs provide outpace the cost of lost tax income, and that resources not spent on taxation support the health of CUs.

But our struggle is not unique: Everywhere a credit union system has developed, organizers have had to fight politically to establish and maintain it.

That’s because the development of a credit union system is inherently disruptive to for-profit financial institutions such as commercial banks.

Through this work, credit unions in many jurisdictions have faced a variety of challenges and many voices that limit or discourage consumer access to cooperative credit, either intentionally or unintentionally.

Credit unions in Ukraine face this struggle today. With the support of the World Council of Credit Unions’ Credit for Agricultural Producers (CAP) project—funded by USAID and implemented in partnership with the Volunteers for Economic Growth Alliance—Ukrainian credit unions have engaged their government on several key advocacy priorities.

These include the pursuit of a tax-exempt status, expanded service menu options, the ability to issue electronic money, and the power to serve “legal persons”—corporations and small businesses.

I was in Ukraine to work with the CAP project team, and was fortunate to meet with governmental officials and lead advocacy and taxation workshops for association leaders.

Here are some highlights from my visit.

My visit to First Ukrainian Credit Union reminded me that credit union concerns know no borders.

The chairwoman of the board and the chairman of the credit committee told me that regulatory challenges prevent them from doing more to help their members, and a lack of awareness of credit unions prevents them from having a bigger impact in Ukraine, especially in rural areas.

I said they were telling me a familiar story, and that U.S. credit unions face similar challenges. These leaders would welcome credit unions in Ukraine coming together with a branding or awareness campaign.

But even if all credit unions participated, they don’t believe they would have the resources to make such a campaign successful.

During a roundtable meeting with government officials, national credit union associations, and others, lightbulbs went off when we discussed the tax treatment of U.S. credit unions.

Officials began to understand that the benefits credit unions provide outpace the cost of lost tax income, and that resources not spent on taxation support the health of credit unions. That this system has worked for U.S. credit unions for so long added significant credibility to the argument.

The term “not-for-profit,” however, does not translate very well from English. The Oxford English Dictionary defines “not-for-profit” as “designating an organization, corporation, etc., which does not operate for the purpose of making a profit.”

This is commonly expressed in the credit union context as “not for profit, not for charity, but for service.”

However, many languages don’t have a strictly equivalent term. Ukrainian, for example, has only two concepts for institutional purpose: for-profit and nonprofit (i.e. charities).

I hope I opened some minds to the third way, “not-for-profit,” whereby, unlike charities, institutions such as credit unions don’t depend on donors.

The potential for additional impact will provide significant motivation to overcome the technical issues preventing Ukrainian credit unions from being tax exempt.