The last line of legislative defense

Watching for bad bills while educating lawmakers and regulators is all in her (long) day's work.

The league represents credit unions in Texas, Arkansas, and Oklahoma—and the Texas legislature alone introduces more than 7,000 bills per session.
In odd years, Yashewski adds Arkansas and Oklahoma legislation to her review queue. 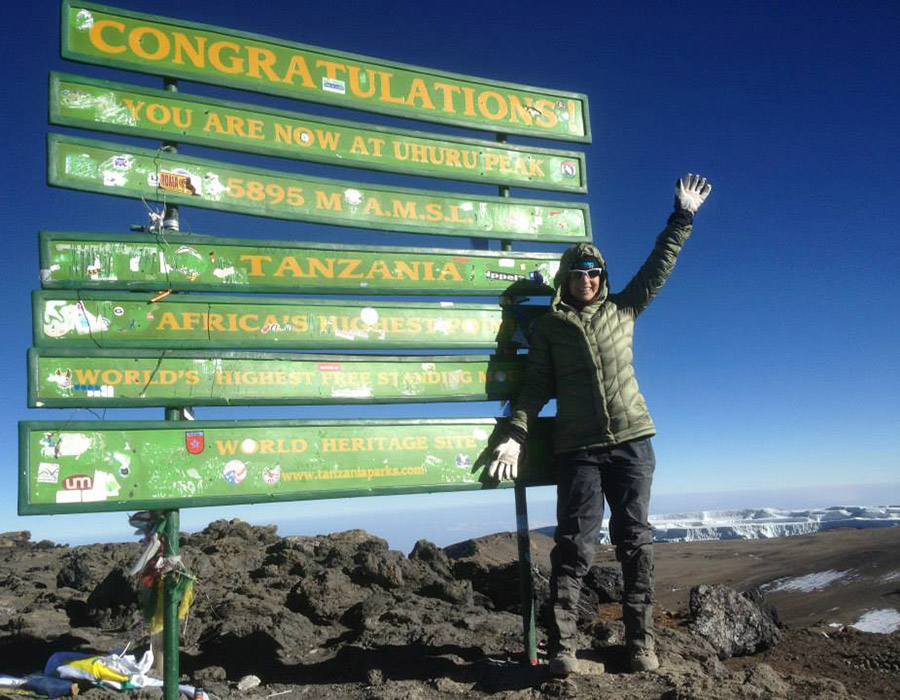 Click to enlarge. Suzanne Yashewski’s craving for physical challenges has taken her to exotic locations such as the summit of Mount Kilimanjaro. At 19,341 feet above sea level, the mountain’s peak is the highest point in Africa.

“We certainly need regulation of ‘bad actors,’ but time and time again regulators confirm that credit unions are not engaging in the predatory actions abusing consumers,” she says.

When lawmakers are in session, Yashewski works long hours due to high work volume and her drive to ensure she doesn’t miss any details. For instance, she was instrumental in stopping a harmful interchange bill introduced in the Arkansas General Assembly. She worked through the night to analyze the bill and develop talking points for Cornerstone’s lobbyist to use that morning.

“She is an incredible asset to the league’s lobby team,” says Jim Phelps, Cornerstone Credit Union League’s chief advocacy officer. “It’s hard to beat our efforts when you have someone that works when the regulators and legislators aren’t.”

Keeping the end of the legislative cycle in sight helps Yashewski persevere—as does her endurance training. Yashewski competes in Ironman triathlons and 100-mile running races, and embraces outdoor adventures such as scaling Mount Kilimanjaro and hiking Machu Picchu.

‘I sincerely feel proud of the work I do.’

She got the bug after a diagnosis of rheumatoid arthritis, which eventually will compromise her athletic abilities. “I decided I had better make the most of my time,” Yashewski says.

After starting with a marathon, “each challenge led to a new one, and next thing I know I’m doing Ironman triathlons and running 100 miles. I’m not fast, but my mind is stronger than most—or I’m just plain stubborn and refuse to give up,” she says.

Though the days are long, Yashewski loves what she does. “Most attorneys are miserable and dislike their jobs,” she says. “I’m so fortunate to have a job that I love. Credit unions are the best clients, and I sincerely feel proud of the work I do.”