In recognition of his decades of service as a dedicated advocate of the credit union movement and a mentor and inspiration to industry luminaries, the National Credit Union Foundation (the Foundation) is has named Bill Hampel, retired chief policy officer and economist at CUNA, as the recipient of a 2018 Herb Wegner Memorial Award for Outstanding Individual Achievement.

“The credit union movement is fortunate to have had Bill Hampel as a leader, steward and servant at its vanguard over the past 39 years,” said CUNA President/CEO Jim Nussle. “Our movement is better and stronger and it continues to serve a growing marketplace of members because of Bill’s wisdom, guidance and professional contributions.”

Hampel’s award will be one of four Herb Wegner Memorial Awards presented at special fundraising event hosted by the Foundation at the Marriott Marquis Washington on February 26th, 2018 in conjunction with the CUNA Governmental Affairs Conference (GAC).

Registration for dinner tickets and sponsorships will be available on the Foundation website later this year. 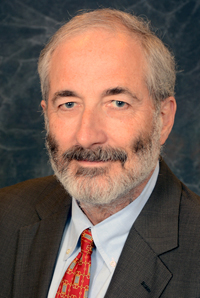 "I've had the honor and pleasure of working with Bill for a number of years and his dedication and integrity to the credit union movement is unparalleled," said John Gregoire, Chair of the Foundation's Wegner Awards Selection Committee and President of The ProCon Group. "Many times, Bill has been a guiding light, challenging discussion and moving issues forward facing the credit union system. His wit and wisdom has served the movement wonderfully and he's become a great spokesperson for credit unions nationwide."

Throughout his career, Hampel “clearly understood and could articulate to others why the credit union philosophy is not simply a ‘feel good’ slogan but rather the most practical and effective economic vehicle for aligning the interests of both the owners and customers of a financial provider since those two groups are one and the same” said Ralph Swoboda, former CUNA President/CEO.

Hampel is a reliable, expert source of credit union information, regularly appearing on network television programs and often quoted by the national news media, bringing the message of the credit union movement to a national audience.

“As an economist and mathematician, Bill has long championed the equation that states that the whole is greater than the sum of its parts,” Nussle said. “When the ‘whole’ of our movement comes together--its leaders, professionals, members, associations and system partners--to chart a course together, there is nothing more powerful, effective or enviable. Over the course of his career, Bill has provided the leadership, data, and technical analysis for many examples of the credit union system coming together.”

A Teacher at Heart

“Bill Hampel has trained, mentored and inspired literally thousands of CUNA colleagues throughout his long and illustrious career,” added Nussle.

Hampel has made the ins and outs of complex economic or regulatory consequences clear and understandable to credit unions and associations alike. His close connection to credit union staff and leadership helped CUNA “remove barriers” and work in conjunction with America’s more than 7,000 credit unions. He has identified and empathized with the people he represents and makes it easier for credit unions to serve their members by keeping them informed.

His work culminated in the ideal of providing education, training and information to member credit unions, leagues, system partners, credit union members, the public, the media and policy makers. Whether he provided them with good news or bad, he and his team identified key strengths as well as weakness in the sector to help CUNA develop products, services and public affairs policies to face them head on.

The experience that Hampel brings to the table makes his advice a well-respected resource for credit unions and their leagues and associations. He has acted as an advisor, mentor and guide to many including former and current CUNA president/CEOs, and his knowledge and expertise have been relied upon by CUNA and credit unions nationwide for almost four decades.

“Bill is consistently called to advise credit unions on financial matters, CEO searches, internal reviews and for Board advice and counsel,” said Dan Mica, former CUNA president/CEO. “When I arrived at CUNA, I knew almost nothing about credit unions.  Bill served as my mentor and guide when I served as CUNA CEO.”

Fighting for the Movement

In 1996, Hampel moved with his family from Madison to Washington to better represent credit unions on a national level. When the credit union movement was in its time of need, he was there to help.

Hampel and his team provided crucial economic data to support the passage of H.R. 1151: The Credit Union Membership Access Act of 1997, permanently changing and strengthening the way credit unions serve their members and communities. His leadership and professionalism as part of CUNA’s mission to be the premier champion for credit unions paved the way for its successful implementation.

Proving that H.R. 1151 was just the beginning for his advocacy for credit unions in Washington, Hampel has also been instrumental in documenting the benefits of the credit union not-for-profit status to stave off bank attacks and protect the credit union movement.

Hampel also acted as interim CUNA CEO, steadying the ship and maintaining its effectiveness for several months in 2014.

“Without Bill’s expertise and constant involvement with congressional technical staff, it is doubtful the credit union system would have been successful. And without that success, there would not be anything like the credit union movement we know today,” said Mica.