Indiana CUs pay tribute to veterans during ANC visit

Representatives of Indiana’s credit unions spent an extra day in Washington, D.C. this year after CUNA’s Governmental Affairs Conference, taking time last week to lay a wreath at the Tomb of the Unknown Soldier at Arlington National Cemetery.

“This is our second year for a wreath-laying ceremony on behalf of Indiana’s credit unions in conjunction with attending the CUNA GAC,” said John McKenzie, president of the Indiana Credit Union League. “It is a humbling and very meaningful experience honoring those in this way who have made the ultimate sacrifice for our country and the freedoms we enjoy.” 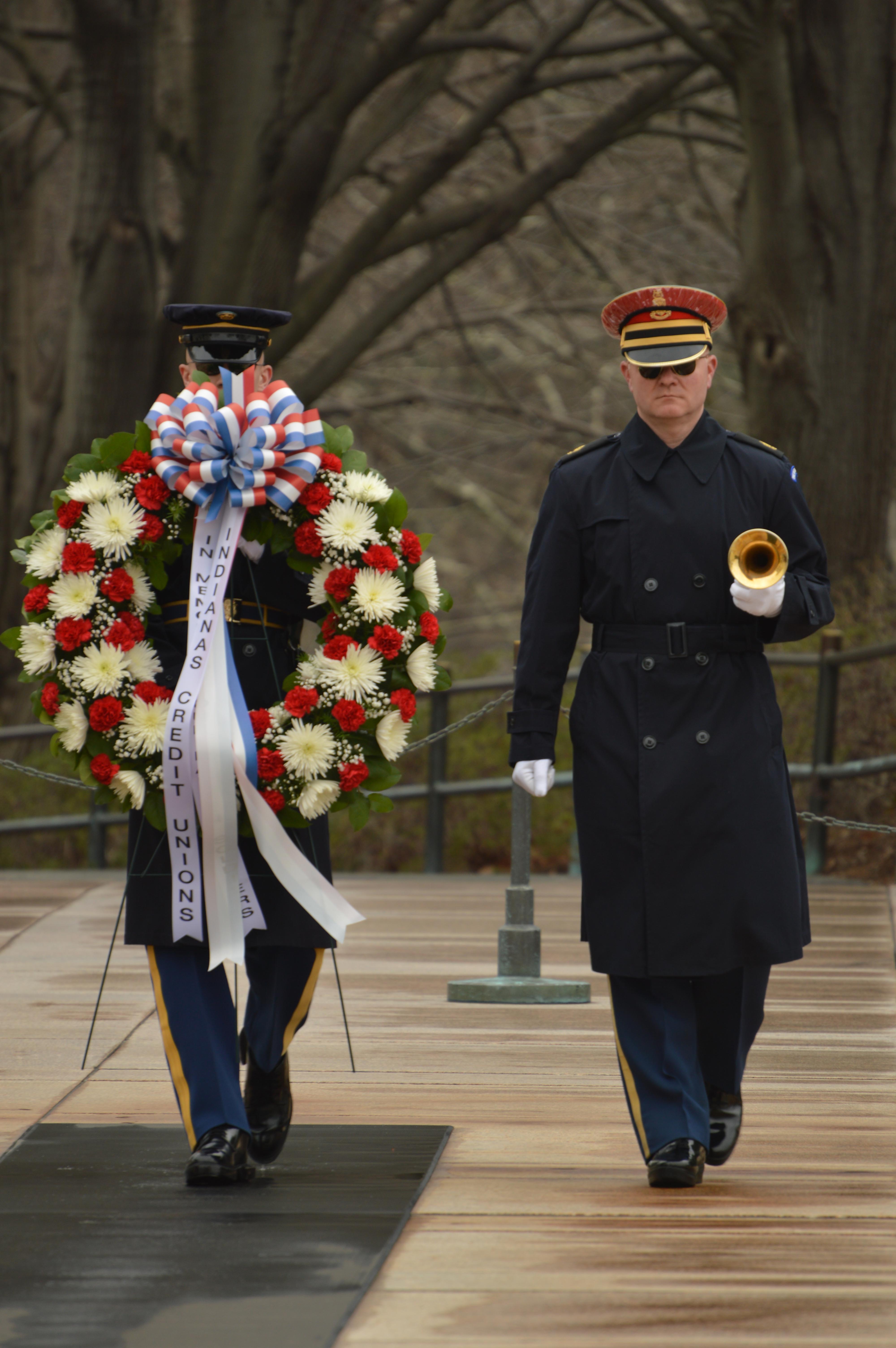 Solders at Arlington National Cemetery prepare the wreath from Indiana's credit unions for placement at the Tomb of the Unknown Soldier.

The Tomb of the Unknown Soldier was first created in 1921 to inter an unidentified American serviceman exhumed from a World War I cemetery in France. Since then, unknown servicemembers from World War II and the Korean War have been interred there, and a servicemember from Vietnam was there from 1984 to 1998, when those remains were identified using DNA testing.

Wreath laying ceremonies allow public groups to, along with soldiers stationed at the tomb, lay a wreath before the tomb, while an Army bugler plays “Taps.”

Indiana credit unions have been deeply involved with honoring veterans before, they raised more than $300,000 for an Indiana Military Veterans Hall of Fame building, designed to pay tribute to all five branches of America’s armed services and recognize veterans inducted into the hall of fame.