An article published by the Medill News Services highlights the services of a Chicago credit union that serves the African American community.

The article describes how South Side Community FCU (SSCFCU) is the only credit union in Chicago chartered to serve the African American community in Chicago. 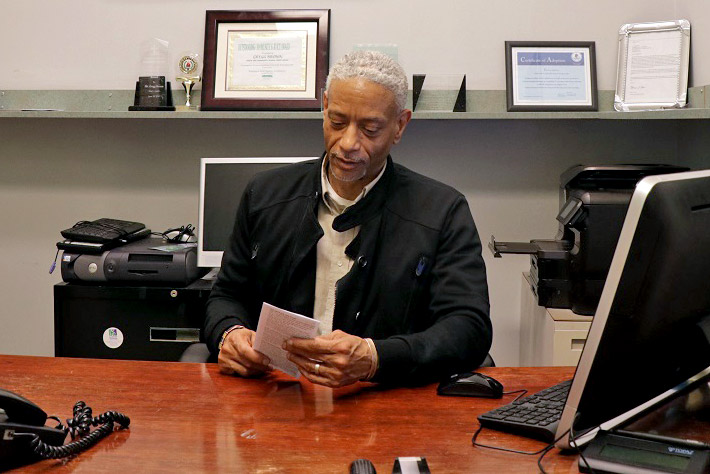 Click to enlarge. Gregg H. Brown, president/CEO of SSCFCU, at his desk in the credit union's modest office. (Jinman Li/MEDILL)

“SSCFCU’s field of membership stretches from 22nd Street on the north to the city limits on the south and from Lake Michigan on the east to Western Avenue on the west, covering a large area of Chicago’s African-American neighborhoods,” writes reporter Jinman Li.

Designated by the NCUA as a low-income designated credit union, many of SSCFCU’s members have challenges in accessing mainstream financial services.

“Thirty percent of the people that we surveyed said that this was their first bank account,” said President/CEO Gregg H. Brown. “They used to go to currency exchanges and get their loans from payday loan stores.”

In 2016, the credit union instituted two changes to increase its loan portfolio. It shortened the loan review and approval process by granting senior loan officers more authority and to lift the maximum amount of non-collateralized loans up to $10,000 from the previous $5,000. It also raised the maximum loan amount for auto and other vehicle loans to 120% of Kelley Blue Book suggested retail value when borrowers’ credit scores exceed 650.